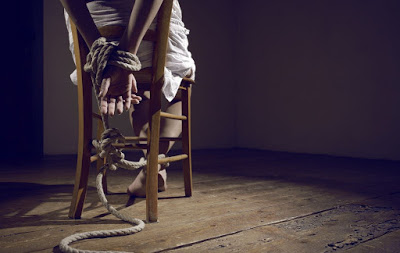 Two people were kidnapped and another shot on Thursday when armed robbers attacked their vehicle along the Bwari-Jere highway.

The highway is an alternate route that links the Nigerian capital, Abuja, to Kaduna State.

The shot victim, Lawal Adamu, at the National Hospital, Abuja, said the robbers, who were up to six, were Fulani herdsmen.

“They are Fulani; they were speaking the Fulani language fluently. I am very sure of what I’m saying,” he said.

Mr. Adamu, an aide to Kaduna Senator, Shehu Sani, said he was on his
way back to Kaduna alongside his brother after he visited the lawmaker
in Abuja.

The victim, who was driving his car, said he ran into the armed
persons in Bwari on Thursday evening. They blocked the road and opened
fire on him, he said.

He sustained two gunshot wounds on his back for which he was being treated at the national hospital. Mr. Adamu said when the robbers searched the vehicle and were not
satisfied with what they got, they kidnapped his brother and another
person whose car they also stopped.

An aide to Mr. Sani confirmed that the robbers had made contact and
were demanding N10 million for the release of Mr. Adamu’s brother.

As at the time of filing this report, Mr. Adamu was still at the
National Hospital, awaiting surgery to remove the remaining from his
body.

The two major roads linking Abuja to Kaduna, the Abuja-Kaduna highway
and the Bwari-Jere road, are notorious for armed robbery attacks and
other criminal activities.

Unlike the major highway, the Bwari-Jere road has very little
security presence. But some motorists prefer to take the Bwari-Jere road
in order to cut off the traffic the security agents may cause or spend a
shorter time on the road.

Osinbajo Remains Acting President as I Continue My Rest – Buhari