Osinbajo Remains Acting President as I Continue My Rest – Buhari 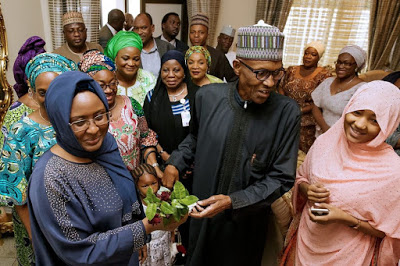 Buhari returned to the country on Friday morning after a medical vacation in the UK.
Shortly after his arrival, he met with
top government officials at the first lady conference room of the
presidential villa in Abuja.
Abba Kyari, chief of staff to the
president; Babagana Monguno, national security adviser; Lawal Daura,
director-general of the Department of State Services (DSS) and Femi
Adesina, presidential spokesman; were among those who attended the
meeting.
Abdullahi Ganduje, governor of Kano state, and Abdulaziz Yari, his Zamfara state counterpart, also attended.
Buhari expressed gratitude to all those who prayed for him during his time in London, and asked for more prayers.
He said he was feeling better, but still needed to rest.
He retired into his residence at the end of the meeting.
Previous Post