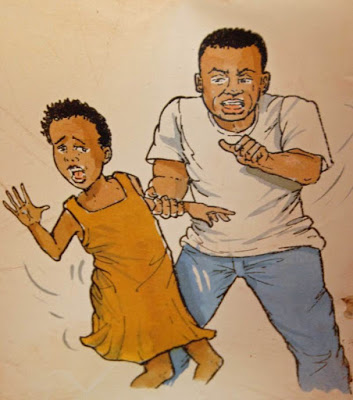 Two men — Anthony Ogah and Chika Nwanzuru — who allegedly gang-raped a nine-year-old girl, were on Monday brought before a Surulere Chief Magistrates’ Court in Lagos.


Ogah, 36, and Nwanzuru, 22, both residents of No. 1, Maxwell St., Ajangbadi on Lagos-Badagry Expressway , pleaded not guilty to a three-count charge bordering on defilement and rape.

But the prosecutor, Sgt. Anthonia Osayande, insisted that the accused committed the offences sometime in February.

‎Osayande alleged that Ogah had a sexual intercourse with the girl at about 5. 10 p.m. while Nwanzuru also allegedly raped her few hours later at the same address.

“The two men lured her to their apartment and raped her.

“The aunt she lives with noticed her awkward movement and interrogated her.

“The girl told her aunt what Ogah and Nwanzuru did to her, and they were immediately arrested,’’ he told the court.

The Chief Magistrate, Mrs A. Ipaye-Nwachukwu, however, granted the accused bail in the sum of N200, 000 each with two sureties each in like sum.

Ipaye said one of the sureties each must be a blood relation of the accused, while the second surety should be a community leader.

In addition, the sureties should provide evidence of tax payment to Lagos State Government.

She adjourned the case to May 9 pending advice from the State Director of Public Prosecutions.