Tribune Online gathered that the two kids were left at home by their mother, Mrs Olubunmi Olaitan, but she was surprised to meet the dead body of her two male kids inside a deep freezer and subsequently raised the alarm. 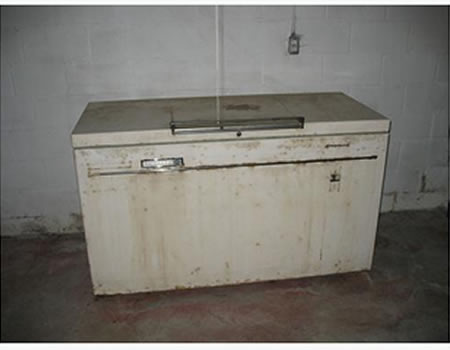 According to a source, no one could explain how the two primary school students got into the freezer and suffocated before they gave up.

The source said it was apparent that the kids were killed by some unknown persons who later dumped their lifeless bodies inside the refrigerator to give the impression that they were suffocated.

Another source, however, said the two kids might be playing inside the money functioning deep freezer and got locked inside while there was no one at home to rescue the kids.

He explained that there was no trace that the boys were killed, saying that the command did not make any arrest on the matter.

He said, “We did not suspect any foul play because it appears as if the kids were playing inside the deep freezer and they were locked up in the process, while there was nobody at home to open the door for them.”

Re: Awe Is A Drunkard – Fayemi

RESOLUTION OF LEADERS OF AKUNGBA COMMUNITY ON THE INCESSANT FATAL ROAD ACCIDENTS WITHIN THE UNIVERSITY TOWN.

Herdsmen Have No Alternative, They Must Register, Says Ondo State Government