Three Terrorists Killed in Another Failed Bomb Attack in Maiduguri 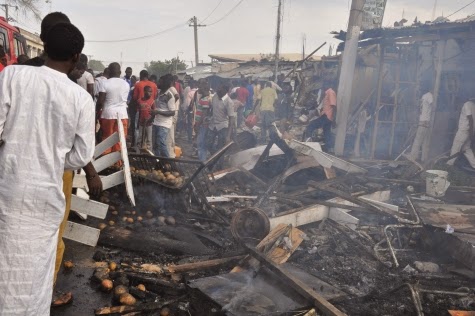 The Borno Police Command on Monday confirmed the killing of three suspected suicide bombers after a foiled attack near Maiduguri.

Mr Damian Chukwu, the Commissioner of Police made this known in a statement in Maiduguri.

“Information just received indicates, today at about 0510 hours three female suicide bombers attempted to enter Mamanti village in Jere Local Government Area.
“They were intercepted by vigilantes called Civilian JTF.
“In the process, one of the bombers detonated Improvised Explosive Device (IED) strapped to her body killing herself alone.
“The other two tried to escape but were shot dead by security personnel on duty”.
Chukwu said that the police anti bomb unit had been drafted to the scene to render it safe.
Previous Post