A pair of randy tourists are being hunted by cops after they were filmed having SEX on a Thai beach at 8am in the morning.

The saucy couple had been up all night partying by when they jumped on a large black drainage pipe and began romping in Pattaya on Sunday.

The man pulled down his partner’s denim hot pants and began vigorously thrusting with the woman for over three minutes.

Horrified onlookers filmed the pair, who are both believed to be westerners, before shouting at them to stop.

The pair of love birds, who are thought to have been drunk during the incident, then walked off along the beach. 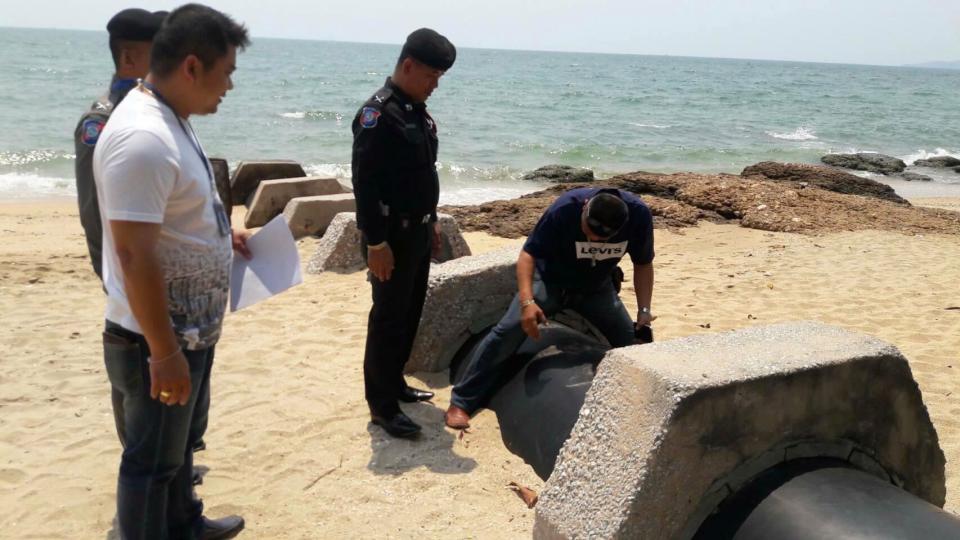 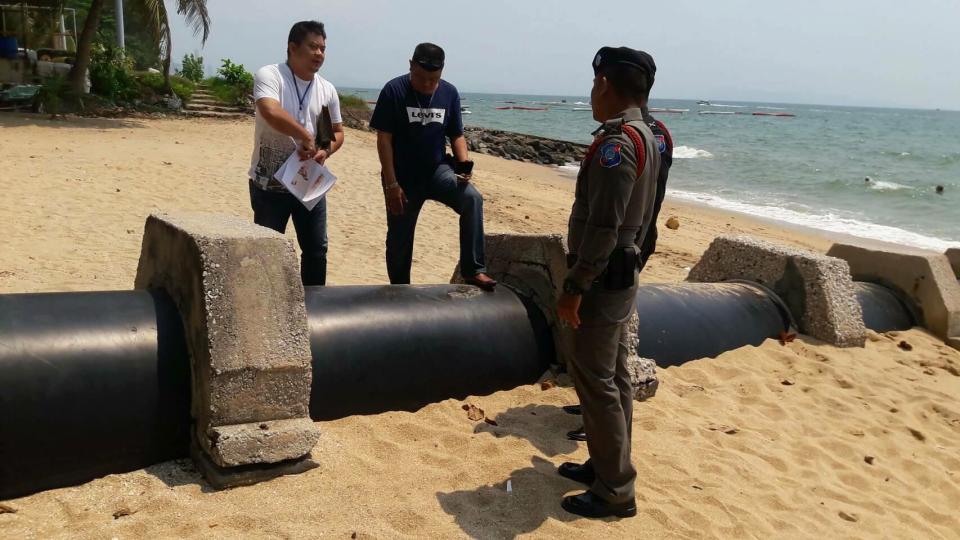 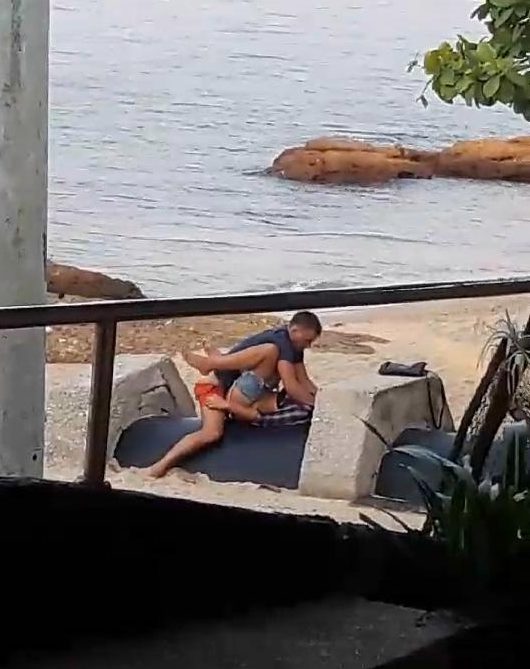 Police are hunting for the couple who they claim have damaged the image of the tourist destination – which has the world’s largest red light district and is considered the globe’s unofficial sex capital.

Police Colonel Apichai Krobpetch said: ”This happened in a public place where many tourists go to relax. The scene is in front of the Pattaya Marine Rescue Center.

”I do not know where the tourists come from but officers are pursuing them in order to protect the reputation of the area.”

Officers have now interviewed staff at the lifeguard’s hut on Dongtan Beach from where the pair were filmed.

Officers are now checking CCTV to retrace their footsteps in the area and appealing to the public for more information.

The tourists face being fined up to £115 for public obscenity or jailed if they are caught.

Pol Col Krobpetch added: ”Police will investigate this and prosecute the people involved. This is very negative for the area.

”We have spoken to many witnesses are we are pursing the offenders. It is a crime to have sex in public like this and they will be punished.”

Hundreds of revellers including British tourists were drinking in the city’s notorious Walking Street when there was a ”large explosion” just after 10pm local time.

Women were filmed screaming in terror as they fled into the street in high heels.

Meanwhile the flames intensified behind them and there were a series of violent explosions.

The blaze quickly spread to neighbouring bars as motorbikes parked on the street burst into flames.

Dozens of bars in a plaza area became affected.