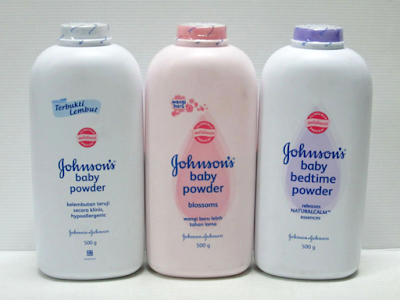 In 2016, Jackie Fox’s family won a lawsuit against Johnson &
Johnson, a well known company that uses talc in its skincare products. A
jury in Missouri decided that Fox’s family should be awarded
compensation for not making the link between talc use and ovarian cancer
clearer to the general public.

Fox used Baby Powder and
Shower to Shower, two of the company’s talc-based products, for more
than 35 years before being diagnosed with ovarian cancer in 2013. She
eventually died from the disease in 2015. The judge eventually ordered
Johnson & Johnson to pay Fox’s family $72 million in damages, and an
estimated 1,200 more lawsuits are about to be brought against the
company from American customers over the next few years.

Multi-million
dollar lawsuits aside, however, there doesn’t appear to be that much
solid scientific evidence to prove that talc, in its modern day form,
actually causes cancer.

In America, at least, talcum powder has been
relabelled as “baby powder”, and is now made from cornstarch.However,
in its natural form, some talc contains asbestos, a substance known to
cause cancers in and around the lungs when inhaled. This version of talc
hasn’t been used since the 1970s, when the first talc scares were
broadcast in the media.

So what about the studies conducted on asbestos-free talc? According to cancer.org:“It
has been suggested that talcum powder might cause cancer in the ovaries
if the powder particles (applied to the genital area or on sanitary
napkins, diaphragms, or condoms) were to travel through the vagina,
uterus, and fallopian tubes to the ovary.“Many
studies in women have looked at the possible link between talcum powder
and cancer of the ovary. Findings have been mixed, with some studies
reporting a slightly increased risk and some reporting no increase. Many
case-control studies have found a small increase in risk.”

Many
medical professionals don’t believe there’s a risk. Dr Ahmed Ismail, a
gynaecologist on London’s famous Harley Street, believes the studies
have no real foundation in fact. He said: “This is very, very
unscientific. We are unable to detect the reasons for ovarian cancer.
Whoever claims it is related to talcum powder, that’s a fallacy. We
cannot say that we know there is a relationship between talcum powder
and ovarian cancer.”

The
International Agency for Research on Cancer says that today’s talc is
“not classifiable as to carcinogenicity” from inhalation.

However,
when it comes to the link between talc and ovarian cancer, it classifies
the powder’s use on the genitals as “possibly carcinogenic.”

Tracie
Miles, an information nurse specialist at gynaecological cancer charity
Eve Appeal, doesn’t agree with that definition. She’s spoken out
against The International Agency for Research on Cancer’s claims that
talcum powder being carcinogenic, calling them “pseudo-science.”

She
added: “It’s not real. It’s simply not proven. I would say the majority
of informed gynaecologists in the UK dismiss this suggestion,” she
says, stressing that she doesn’t want people to worry about this –
especially older women who are more likely to have used talcum powder
for many years.

“If we took this case through the British
courts, I don’t think the complainant would stand a chance in hell. It’s
just the American judicial system. I find it disappointing.”