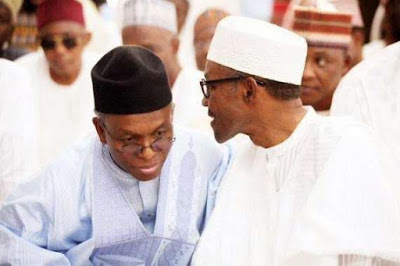 The Governor of Kaduna State, Nasir El-Rufai, in a rare memo to Muhammadu Buhari, has told the Nigerian President how bad the nation was faring under his watch, how the president’s policies, actions and in-actions have contributed to the nation’s woes, and what could be done to steer Nigeria back to greatness.

In the memo, he touched several areas, ranging from the ailing economy, the dynamics of the nation’s politics, lack of coercion within the ruling All Progressives Congress, APC, and the poor relationship between the president and the national leader of the APC, Bola Tinubu, and other party leaders, including the APC governors.

He said Mr. Buhari was yet to have control over the party structures and blamed the situation partly on the people who were advising the president.

He said many of the party leaders – like Mr. Tinubu, the former Vice President Atiku Abubakar, and Musa Kwankwaso – were feeling aggrieved that they were most often not consulted by the president or by those that the president assigned such duties to.

“This may not be your intention or outlook, but that is how it appears to those that watch from afar,” Mr. El-Rufai said.

“This situation is compounded by the fact that some officials around you seem to believe and may have persuaded you that current APC State Governors must have no say and must also be totally excluded from political consultations, key appointments and decision-making at the federal level.

“These politically-naive ‘advisers’ fail to realise that it is the current and former state governors that may, as members of NEC of the APC, serve as an alternative locus of power to check the excesses of the currently lopsided and perhaps ambivalent NWC.

“Alienating the governors so clearly and deliberately ensures that you have near-zero support of the party structure at both national and state levels.”

Mr. El-Rufai said Mr. Buhari’s closest aides like the Secretary to the Government of the Federation, SGF, and the president’s Chief of Staff weren’t fit to manage the president’s politics.

“The SGF is not only inexperienced in public service but is lacking in humility, insensitive and rude to virtually most of the party leaders, ministers and governors.

“The Chief of staff is totally clueless about the APC and its internal politics at best as he was neither part of its formation nor a participant in the primaries, campaign and elections.”

The governor also wrote on the Senate President, Bukola Saraki’s corruption trial and the frosty relationship between Mr. Buhari and the senate.

He told the president that the federal civil servants across the country were so used to the Peoples Democratic Party, PDP, and the PDP way of doing things, so much so that their loyalty was to the opposition party, because of the several years of the PDP’s administration in the country.