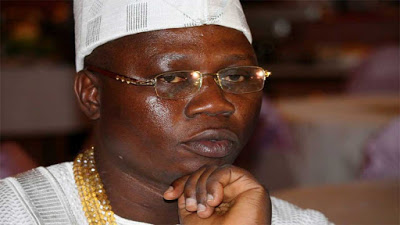 The National Coordinator of the O’dua Peoples’ Congress (OPC), Otunba Gani Adams has called on politicians across the country and particularly in the South-West region who have the plans to use member of the group to unleash violence on the people to steer clear of the group because its members were not thugs.

Adams made the call in Ibadan, the Oyo State capital, while speaking at the annual retreat for leaders of the group in the state, adding that whenever there was violence in parts of the region politicians usually call on members of the group.

But he warned that the present members of OPC were not cut out for violence in any form.

He said he had advised members of the group to go to school to at least have basic certificate, insisting that with education, they would be able to position themselves as responsible citizens rather than thugs.

He stated that while politicians will want to use members of the group as thugs, they will not call them when they want to share their loot from the nation’s commonwealth.

He said: “The time when politicians use members of the OPC as thugs is over for good. The OPC under my leadership will do everything humanly possible to position the group as a decent and responsible organization out to protect the interest of the Yoruba race rather than the interest of individuals.”

Adams, however, urged President Muhammadu Buhari to adopt the recommendations of the 2014 National Conference in moving the country forward.