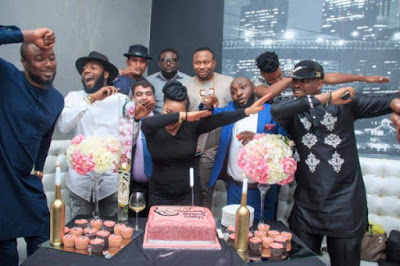 In a new interview Tonto Dikeh‘s Husband Olakunle Churchill addressed the domestic violence allegations leveled against him by his estranged wife.

He also talks about the fact that he was already successful before he met her and how her statements about helping him financially are untrue.

He also talks about how Tonto Dikeh sometimes goes through an uncontrollable “crisis” as her result of her “negative intake”. When probed further on what he meant by negative intake, he listed alcohol abuse, marijuana and more.

According to him, during the Ghana incident, his wife was under the influence of certain substances and he says when that happens, “Six men can’t hold Tonto down, talk less of me beating Tonto”.