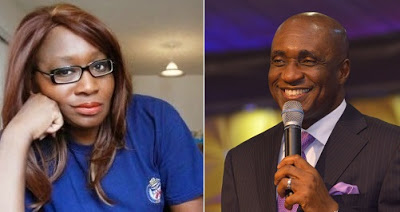 Reports have it that Kemi Olunloyo will remain in detention until March 23, when her case will be heard.

Kemi has been charged with cyber crime after she attached a letter
allegedly written by a member of Mr. Ibiyeomie’s church, in which the
pastor was accused of having an adulterous relationship with actress
Iyabo Ojo, in a post she posted on her Instagram page.