The authority at Obafemi Awolowo University, Ile-Ife, has said it would probe the alleged leaked phone recording between a final year female student and a lecturer accused of seeking sex to pass her.

The public attention was drawn to the alleged exchanges in a phone conversation between the lecturer named ‘Prof. Akindele and a female student from whom he allegedly sought sex for a pass in an examination.

In the audio, which leaked on Monday, the student repeatedly addressed the other person in the conversation as ‘Prof. Akindele’, who, later, protested: ‘stop calling my name!’

Several students and staff told the media that the male voice was that of Richard Akinola, a professor in the management and accounting department of the faculty of administration at OAU. We gathered that the student failed a course taught by Mr Akinola. 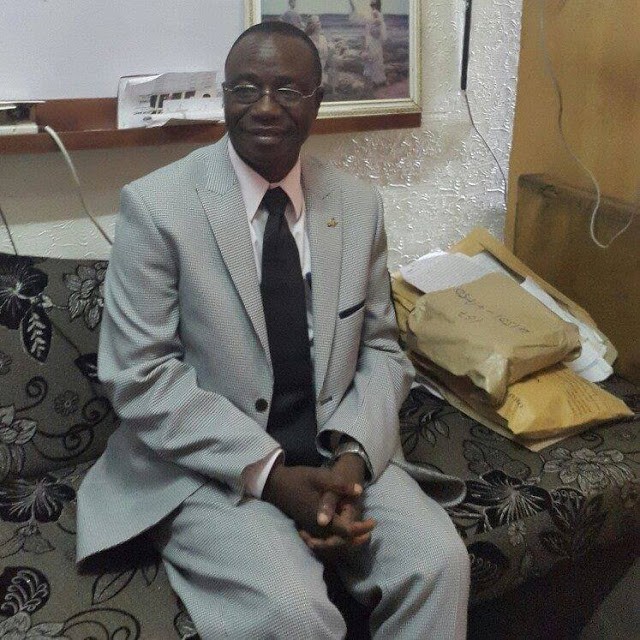 Several efforts to get the lecturer’s reaction were unsuccessful as he was not available the different times our correspondent went to his office.

A senior academic staff in the accounting department, who volunteered to speak without being named, told our correspondent that Mr Akinola was “caught three years ago” for engaging in the sex-for-mark practice, a common problem in Nigerian universities.

“Every Nigerian adult, who is not a liar, who schooled in Nigeria, knows a Nigerian girl that was hassled for sex over marks/not failing a course in Nigerian public universities,” commented Japhet Omojuwa, one of the social media users demanding authorities act to deter others.

The leaked conversation suggests the student had refused the lecturer’s initial sex demand to upgrade her. But then, she called later to seek the lecturer’s assurance she would be passed once sexual intercourse happened between them. The lecturer said after sleeping with her “I will do it in your presence.” Yet, there was no agreement again because the lecturer said he would sleep with the student for five different days, a condition the student rejected.

It appeared, in the audio, that the student deliberately called the lecturer again, after initial refusal, to play along, record him and have hard evidence against her harasser.

The following dialogue occurred in the audio

Student: Hello Sir, Professor Akindele, yesterday you said something but because I was close to my boyfriend I could not say anything. You said you’ve submitted it

Lecturer: I gave you an opportunity and you missed it. Forget about it. You will do it next year.

Student: I was calling to confirm whether you were serious about it.

Lecturer: Me that agreed to do something. I know what I meant. If you don’t trust me, forget about it. If I wouldn’t do it, why should I give you audience in the first place? If I am not interested in doing it, I won’t give you audience in the first instance. The other person has come and I told her straight away because there is nothing I can do to bail that person out and her mark is even better than your own. The person scored 39 while your own is 33. Only two people failed the course so what else do you want me to do. You can see it anytime you come, we are at Moro doing exam, we are doing MBA executive exam. They are just starting. I will finish by 4:30 and maybe 5, I should be in the office. If you are ready, come by 5:00. Why did you tell me you were on your period the other time.

Student: I was really seeing my period Professor Akindele.

Student: I am not on my period now.

Lecturer: Your boyfriend has done it yesterday?

Student: It’s a lie, not possible. So what’s the plan now?

Lecturer: Let’s have the first one today and then we will do another one tomorrow. Is our agreement not five times?

Student: Is it B that you want to give me or C? Why would it be five times you will knack me?

Lecturer: That’s what I will do.

Student: Prof, you know what? Let me fail it. I can’t do it five times. For what nah? No worry. Thank you, sir

Lecturer: You are welcome.

When contacted, the spokesperson for OAU told our correspondent the management already knew about the scandal.

“The university is aware and we are setting up machinery to critically look at the issue to determine the veracity otherwise there won’t be conclusion,” said the spokesperson, Abiodun Olanrewaju.

Listen to the conversation above.

Why policemen died during Offa robbery

Why policemen died during Offa robbery