by metronews
in Careers, Event, News
1 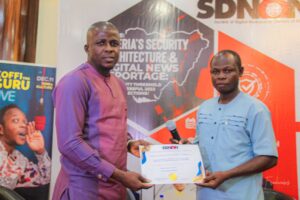 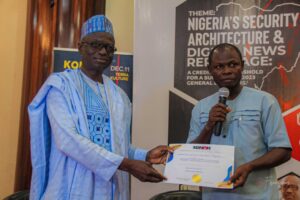 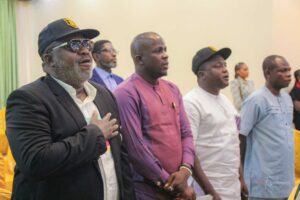 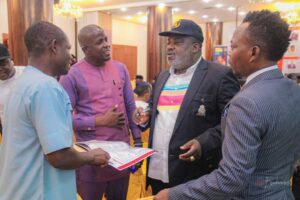 According to the release made available to the media, the chairman of the electoral committee, Gbenga Shaba, stated that he had no doubt in composition of the new executives.

“Today, we officially inaugurated the new leaders to pilot the affairs of our society, whose term would terminate in 2024.

“As the chairman of the electoral committee, I can assure you that the election was free and fair on all that made known their wishes to take the society to the next level. And I can tell you for free that I’ve absolute trust in them to deliver,” Shaba submitted.

The new executives elected include Otunba Femi Davies as the new president, Femi Herbert as vice president, Seunmanuel Faleye was elected general secretary while Victor Ojelabi is the new treasurer.

Others include Lilian Azuh as financial secretary and Abdallah el-Kurebe as registrar.

In his acceptance speech, the president of the association, Otunba Davies appreciated the members for the trust reposed in him and his team of executives to deliver and move the two-year old association to a deserved position in the society.

“The need for professionalism in the media practice can not be overemphasised and from the discussions today by our guests, we would realise the importance of SDNON as a very vital aspect of a peaceful and sane Nigeria.

“On this premise, I feel humbled to be given the mandate to pilot the affairs of this great society by my colleagues. And I can assure you that, with the help of other members of the executive, our society will continue to lead the light in the over-saturated media space,” Otunba Davies said.

He made this statement at the second annual summit by the society themed “Nigeria’s Security Architecture & Digital News Reportage: A Credibility Threshold For A Successful 2023 General Elections” where the keynote message was delivered by the vice presidential candidate of New Nigeria People Party, NNPP, Bishop Isaac Idahosa.