Sacked NNPC MD, Esther Nnamdi-Ogbue, Whose Cook Asconded With Her Cash in 2016, Owns The $50m Found By EFCC 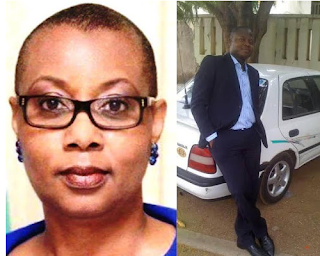 It has been revealed that the $50 million uncovered in a residential building located at Osborne Towers, Ikoyi, by the Economic and Financial Crime Commission (EFCC) belongs to the sacked Managing Director, Operations at the Nigeria National Petroleum Corporation (NNPC), Esther Nnamdi-Ogbue.

It was once reported that the cook who served Esther Nnamdi-Ogbue, absconded with cash and pieces of jewelry worth $6million in 2016. 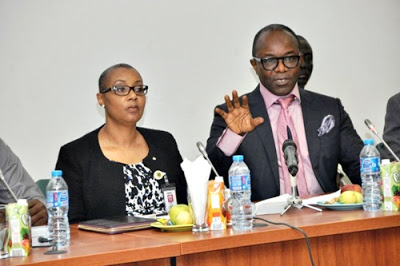 The cook, Mr. Gabel Segbedji, a national of Benin Republic, took off with the loot in a Toyota Camry car, which also belonged to her boss.

The operation leading to the discovery was followed by a whistle blower’s confidential alert received by the anti-graft agency in the early hours of Wednesday.

According to the source, the movers of the bags made believe that they were bringing in bags of clothes. Another source who is conversant with the apartment of interest indicated that a woman usually appears on a different occasion with Ghana-Must-Go bags.

“She comes looking haggard, with dirty clothes but her skin didn’t quite match her outward appearance, perhaps a disguise,” the source said.

On getting to the building, operatives met the entrance door locked. Guards at the gate explained that nobody resides in the apartment, but some persons come in and out once in a while.

In compliance with the magisterial order contained in the warrant, the EFCC used minimum force to gain entrance into the apartment, the agency said.

Monies were found in two of the four-bedroom apartment. A further search of the wardrobe by operatives in one of the rooms was found to be warehousing three fireproof cabinets disguisedly hidden behind wooden panels of the wardrobe. Upon assessing the content of the cabinets, neatly arranged were US dollars, British pound sterling, and some naira notes in sealed wrappers.

Preliminary findings indicate that the funds are suspected to be proceeds of unlawful activity. Investigations are ongoing.

The facility is said to be owned by a former PDP Chairman, Adamu Mu’azu.