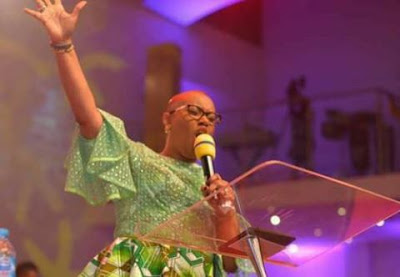 An impeccable source in the Economic and Financial Crimes Commission,
(EFCC) has hinted our correspondent that the huge cash found at a flat
located in downtown Lagos does not belong to Mrs Esther Ogbue as
reported by a section of the media.

The reliable source said the
amount was found in a flat in the at Osborne Road but not in the flat
of the woman “We actually visited the home of Mrs Ogbue, ransacked the
entire home but nothing incriminating was found. We do not know how a
section of the media decided to name her.

There is no official statement
yet from EFCC. But I can assure you the money was not found in her
home” the top official of the EFCC told our correspondent in an inquiry
this late afternoon. Another police source hinted our correspondent that
some influential people in the government appear to be using the EFCC
to even scores.

“I can tell you that a section of the EFCC has become a
political tool. They are working in collaboration with top NNPC
officials to hunt certain individuals perceived as their agelong foes”,
the source told our correspondent listing the Anambra-based politician
Ifeanyi Uba as one of the individuals involved in the high-pitched
scheme.

This morning the EFCC announced that $38,000, 23 million naira
and another £27million were found in an apartment located at Osborne
Tower, Ikoyi in Lagos. In a related development,Emeka Etiaba, SAN
lawyer to Mrs Ogbue dismissed the report that the slush funds were found
in her home.

In a statement this afternoon he stated “we inform the
public (especially the News Media) that the said sums of money and/or
the apartment where the sums of money were found do not belong to Our
Client.”

He said Mrs Ogbue was as shocked as many other
Nigerians at the uncovering and recovery of the said sums of money and
wishes to salute the courage and efforts of the EFCC in the war against
corruption.

“She also wishes to commend the whistle blowing
policy introduced by the Federal Government in the fight against
corruption which policy has resulted in large scale uncovering and
recovery of monies and assets.”

Etiaba said “It is Our Client’s
belief that the source and ownership of the said uncovered sums of money
is known or eventually will be known by the EFCC in due course. There
is therefore no need for conjecture or speculation.”

Residents at
Osborne Road who know Mrs Ogbue describe her as a committed Christian
who has been living a quite live of discipline and high moral tenets”
who will never get herself involved in corruption.