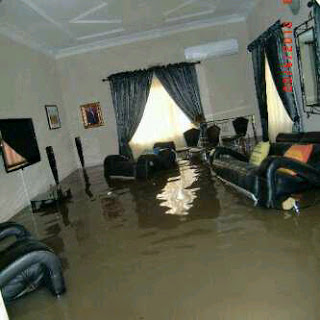 Property worth millions of naira were on Wednesday destroyed by heavy storm that accompanied rainfall at the Kwara State House of Assembly Complex in Ilorin.

The storm which adversely affected the roof of the office complex that houses the Speaker Dr. Ali Ahmad,equally bought down the glass wall of the Council Chamber of the Assembly Complex.

Briefing newsmen on the incident, the Clerk to the House, Alh. Ahmed Katsina Mohammed said the heavy storm which started at half past 5 in the evening, equally affected the roof of the office complex of some honourable members.

The incident which according to the Clerk  touched the Canteen section of the Assembly Complex, also affected computer and furniture in the office of the Speaker.

He therefore appealed to the State Government to come to the aid of the Legislative arm of government, to enable it resume full legislative functions.