The race to the Lagos State government house took an interesting turn yesterday as the unrelenting gubernatorial candidate of the leading opposition party in the country, Peoples Democratic Party, PDP, Mr. Jimi Agbaje, popularly known as JK, officially launched his campaign at a well-attended event.

Recall that Agbaje has always been a prominent rival against the popular party in the state and has contested twice pulling handful percentages against the winners as first runners up.

While speaking to the audience at the declaration, he stated many reasons Lagos State as a commercial hub and business capital of Nigeria shouldn’t be in a comatose as it is presently.

He argued that despite the state taking a forefront in Nigeria, it would be a lazy assumption for any government to benchmark its leadership position by comparing Lagos with any state in the country which drew its allocation from the federal government.

“The size of Lagos State alone is the sizes of two African countries put together,” he said, “So while making comparison on how developed our Lagos State should be now, then it should be put side by side with countries like Kenya and Ghana.” 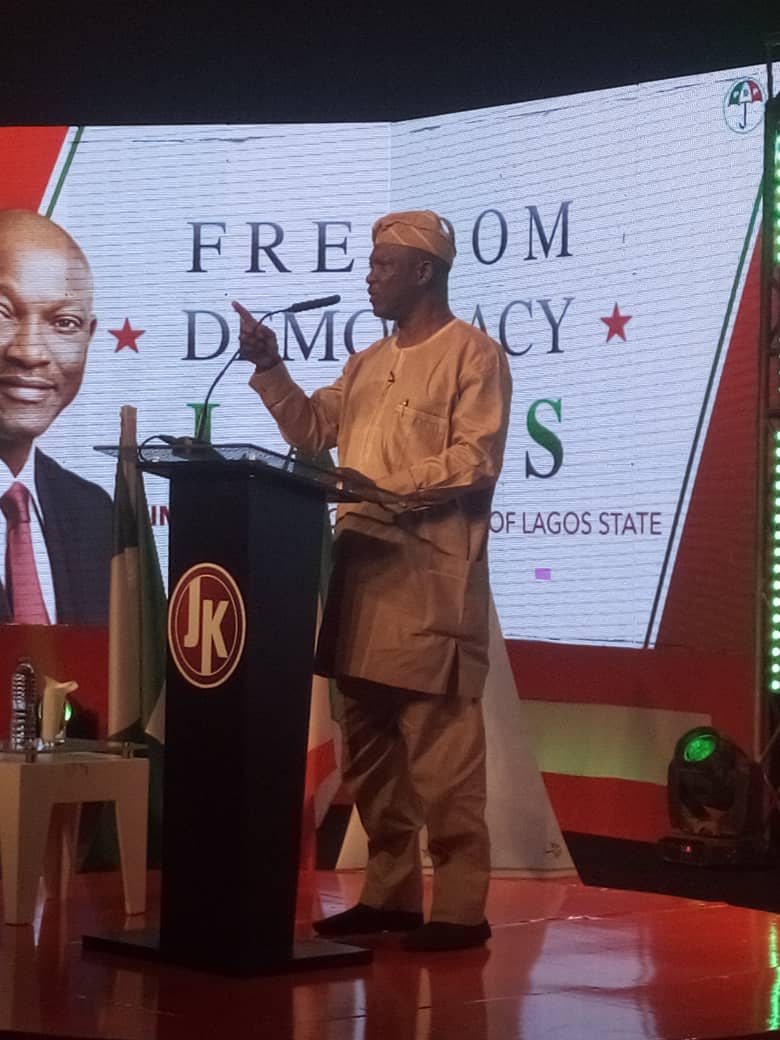 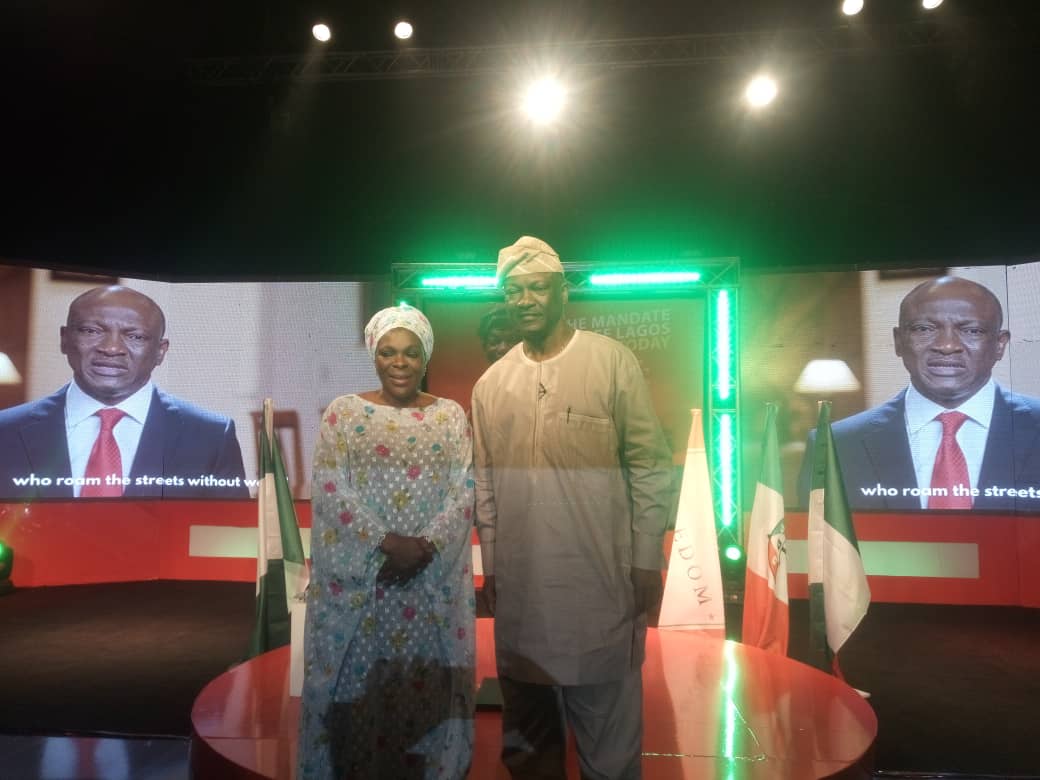 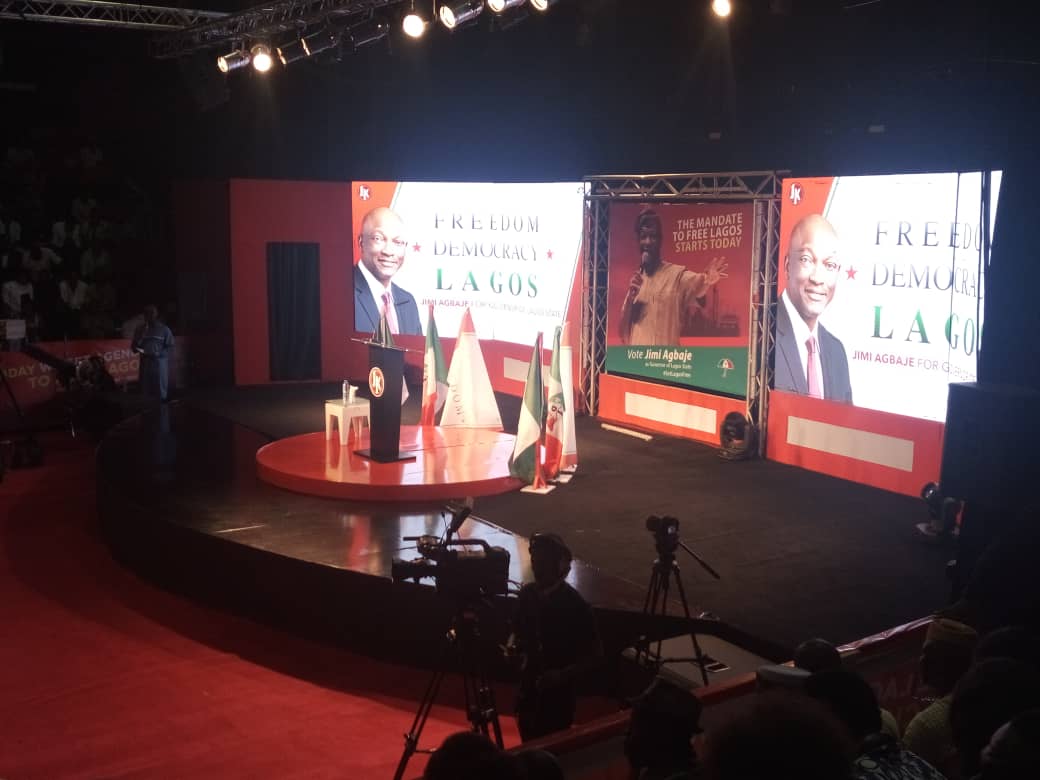 JK noted that ever since Lagos has been in the hands of the Alliance for Democracy (AD) since the return to democracy in the country, there has been no notable landmark achievement to show for the huge revenues the state generates.

“Anyone claiming that four years is not enough to get the state to being a truly megacity is not telling you the truth,” Agbaje told the listening crowd, “We have had a true leader in the state with enviable track record, who had set a precedent all willing governors should have followed.

“Baba Jakande was a governor of the state for just four years and yet, all today’s ruling party’s achievements can’t stand shoulder to shoulder despite the little revenue he had to work with.

“His achievements are still existing. He was a true progressive as compared to those that parade themselves as such today.”

The PDP governorship candidate stated that for those claiming he only has a pharmacy shop at a road corner to show for himself, he responded that it is the small entrepreneurs that drive the engine of commerce in the state.

“Look around, you would notice that without small scale entrepreneurs, the economic label of Lagos is nothing.

“And I, being one of them, indicates that I know where the shoe pitches and would definitely make Lagos State the land of small scale stakeholders’ dreams in terms of power, good access roads and breaking traffic bottlenecks that have become a huge albatross on time management.”

While also officially announcing his running mate, Mrs Haleemat Busari, a versatile lawyer and also from Kosoko royal family lineage, Jimi Agbaje has this to say to those who tagged him ‘a political customer’ which means someone who wastes his resources every election year as used in local parlance that ‘Customer is king and always right’.

And when asked why he is still running despite failing twice, Jimi Agbaje stated like a man on a mission, “When you truly believe in something, you stand firm.”