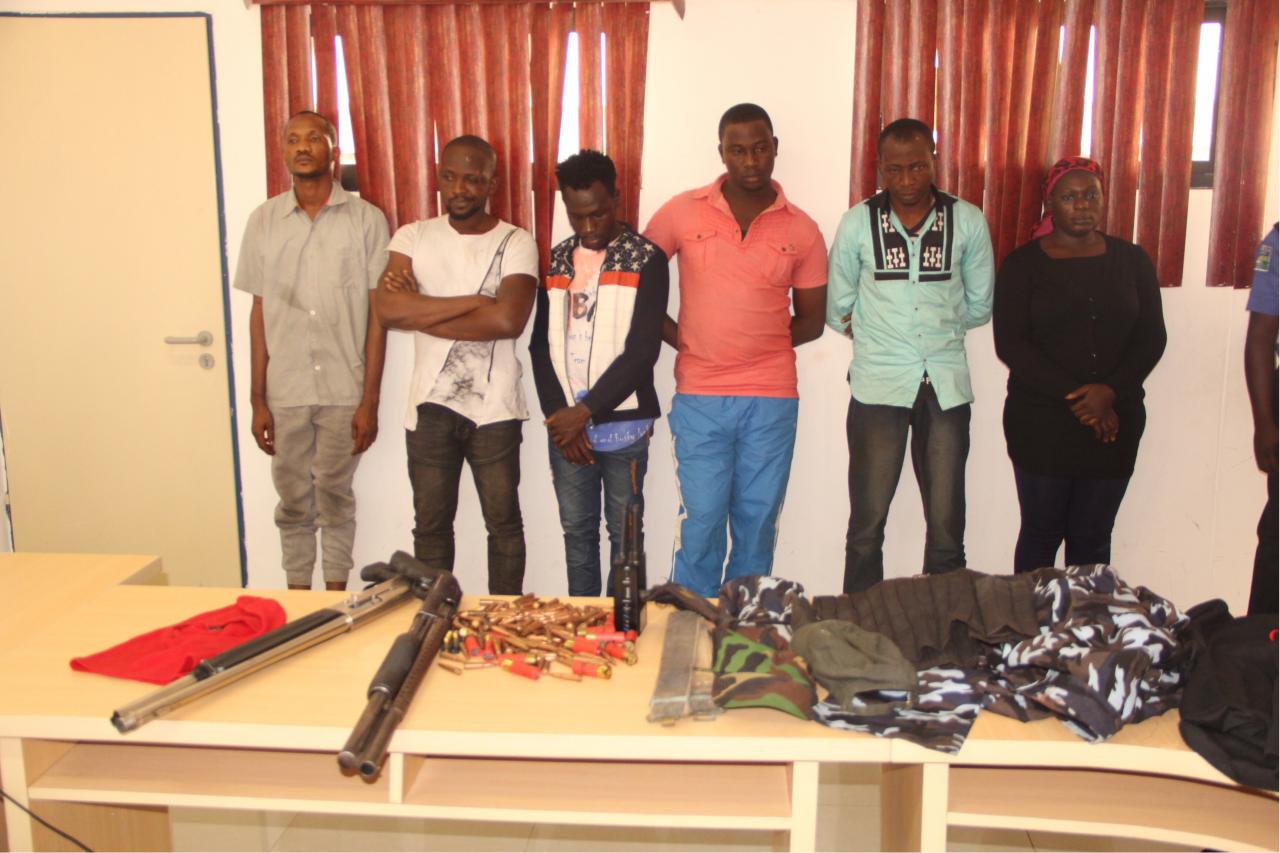 One of the cardinal objectives of the crime reduction strategy of the current Police management is to ensure that no criminal enterprise flourishes undetected and perpetrators apprehended. The Inspector General of Police, IGP Ibrahim K. Idris NPM, mni, concerned with spate of kidnappings and other related violent crimes throughout the country reorganized, refocused and equipped the IGP’s Intelligence Response Team, (IRT) and other Special Tactical Squads for optimum performance in achieving targeted objectives.

2. Against this background, the IRT and the STS recorded remarkable achievements in tackling crimes across the Country. In a coordinated operation based on intelligence gathered and painstaking surveillance of notorious kidnap for ransom criminal gangs in Kaduna and other contiguous States, the IRT, in a single swoop cracked a criminal gang of vicious kidnappers and arrested all the members of the gang, who are now in Police custody and
undergoing investigation to ensure that they are brought to justice.

3. CASE I: ARREST OF KIDNAPPERS, RECOVERY OF FIREARMS, AMMUNITION, MILITARY AND POLICE UNIFORMS AND TWO OPERATIONAL VEHICLES OF THE KIDNAPPERS 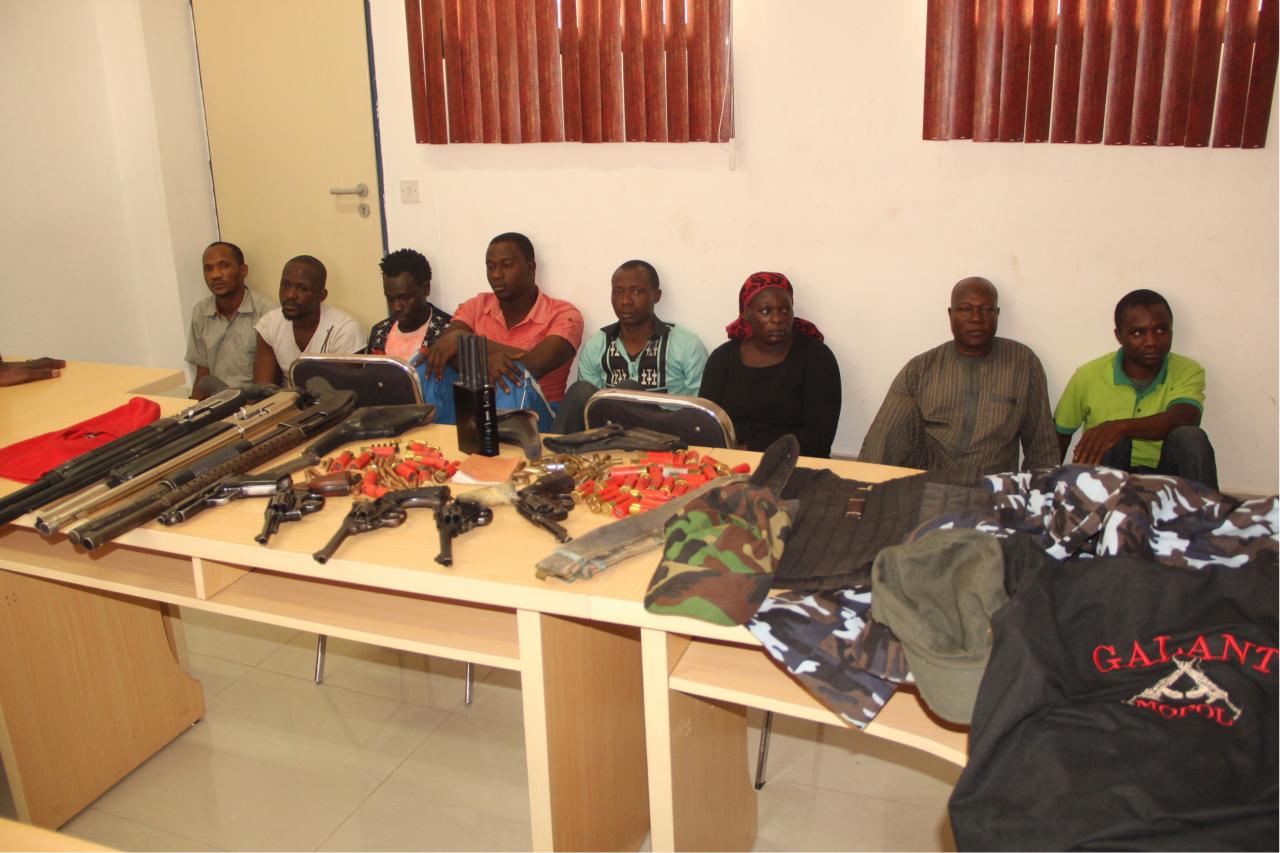 On the 1st January, 2017 at about 1130hrs operatives attached to the IGP Intelligence Response Team (IRT) after a sustained surveillance, smashed the vicious and very notorious kidnap for ransom gang that have been terrorizing Kaduna and neighbouring States, responsible for the kidnap of several important personalities in the recent past. The gang was smashed with the arrest of DOMINIC NWAKPA A.K.A ALHAJI, who is the gang leader, in Lagos state, while four other principal suspects and members of the gang, namely Balat Paul, driver of the gang, Ibrahim Samuel aka “IB” and Jatau Peter – a dismissed Policeman were arrested on the 1st January, 2017 in their hideouts at Dan Hassan Road Ungwa Boro Kaduna, while Afini Paul, a female member who cooks for the gang and the victims, rented the house at Yusuf Patrick close, Mararaba Rido, Kaduna where victims are kept before ransom money is collected, was arrested at their hideout in Kaduna. Ifeanyi Chukwu the 2nd in command of the gang was arrested in a Hotel in Agbor Hill, area of Abia State. He confessed to be the second in command of the gang that kidnapped the Ambassador and so many other kidnappings within and outside Kaduna, Abia, Imo, Rivers, and Delta States.

2. The suspects upon interrogation volunteered confessional statements admitting that they are the criminal gang that kidnapped the former Minister of State for foreign Affairs, Ambassador Bagudu Hirse on 20th November, 2016 in GRA, Kaduna and collected ransom before he was released. The same gang confessed to the kidnap of Dr. Abdulmalik Durunguwa and his wife in their residence at different intervals in Kaduna. Ransom was also collected by the gang from the family of the victims before they were released. A Member of Kaduna State House of Assembly Hon. Ibrahim Samaila was also kidnapped by the gang on 26/8/2016 at Abakpa area of Kaduna State and an undisclosedd ransom money was collected by the gang before his release.

On the 6th of January, 2017 the last suspect Clinton Abere was trailed and arrested in a Hotel in Lagos after jumping out of the window of his hotel room on sighting the operatives of the IGP Intelligence Response team (IRT). He is currently receiving treatment at Police Hospital from injury he sustained in the process of attempting to escape arrest.

3. All the seven (7) suspects while undergoing interrogation confessed and admitted to the various criminal roles they played in the commission of the crimes. They will be arraigned in court on completion of investigation. 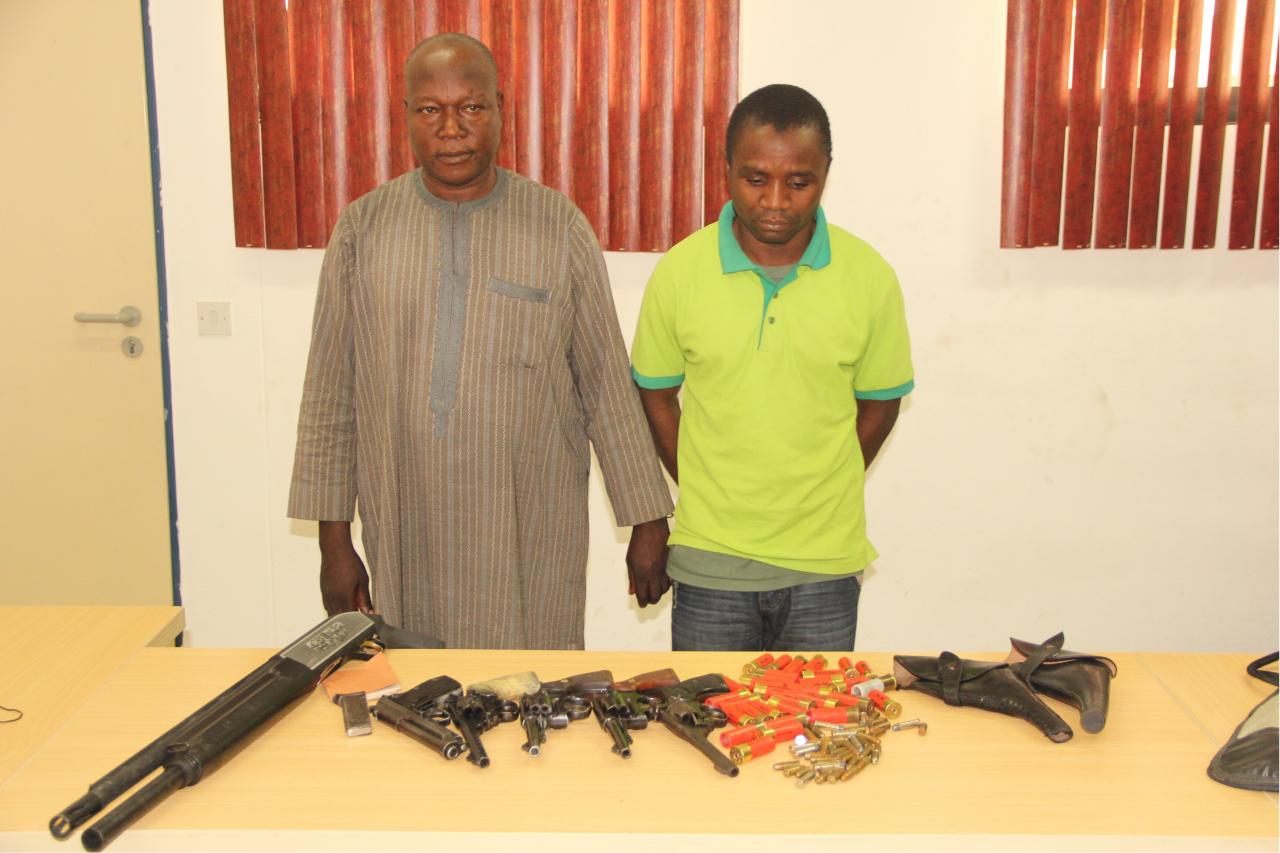 On 1st January, 2017 at about 0245hrs, working on actionable intelligence at the disposal of the Nigeria Police Force indicating that a notorious kidnap for ransom gang and armed robbers who have been on the wanted list of the Police for several kidnappings, armed robberies and other violent crimes within Kaduna and its neighbouring States were in the process of unleashing terror on innocent residents of Kujama village in Kajuru LGA in Kaduna state, the Operatives of IGP’s Special Tactical Squad swung into action and arrested the mentioned suspects. On the spot search was conducted at their criminal hide out and the above listed exhibits were recovered in their possession. The suspects have volunteered confessional statements to Police admitting to the various roles they played in the commission of several kidnappings and armed robbery attacks in Kaduna and other neighbouring states. Effort is being intensified to arrest the remaining members of this notorious gang at large. They will be charged to court on completion of investigation.

5. The IGP is hereby assuring all Nigerians of adequate security and commitment of the Nigeria Police Force to work assiduously to further reduce the rate of crime and criminality across the Country, especially kidnap for ransom and other violent crimes. He urges Nigerians to always be law abiding, volunteer useful information to the Police in their localities and see themselves as stakeholders with the Force in making the country safer.
Thank
you and God bless