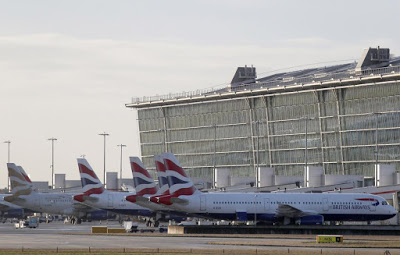 A man has been arrested at Heathrow Airport on suspicion of planning acts of terror.

Detectives from the Metropolitan Police’s Counter Terrorism
Command say they arrested the 36-year-old this afternoon, in line with
Section 5 of the Terrorism Act 2006, after he arrived into the airport.

He is in custody at a west London police station.

A Met Police spokesman said they could not speculate as to whether he will be charged with an offence overnight.

It follows a 50-year-old man being arrested on suspicion of committing a terrorist act, after arriving from Cairo, at the busy airport hub last month.

A 29-year-old man was also arrested under the Terrorism Act last year before he was due to fly to Saudi Arabia.