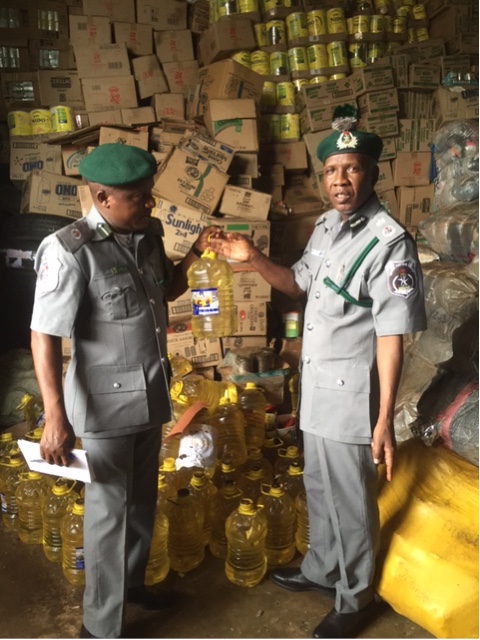 The Nigeria Customs Service, Federal Operations Unit Zone ‘C’ Owerri in the year 2016 recorded a giant stride in its anti-smuggling activities with the seizures of a total of three hundred and seven (307) contraband worth four billion, seven hundred and fifty-six million, two hundred and seventy-seven thousand, eight hundred and eighty-five naira, twenty-one kobo (#4, 756, 277,885.21).

Contained in the press statement signed by the Public Relations Officer, Onuigbo Ifeoma, the above figure is a combination of both the Duty Paid Value (DPV) of #3,985,931,643.00 and an underpayment recovered as revenue of seven hundred and seventy million, three hundred and forty-six thousand, two hundred and forty-two naira (#770,346,242.00)

The Controller of the Federal Operations Unit, Comptroller Mohammed, Uba G. who made this known while giving an annual report for the year 2016 said that the unit which has since driven many smugglers out of their illicit businesses consequent upon its sustained aggressive onslaught against smuggling; arrested a total of two hundred and thirty-four (234) suspects while twenty-four (24) cases are still pending in court in connection with the seizures. 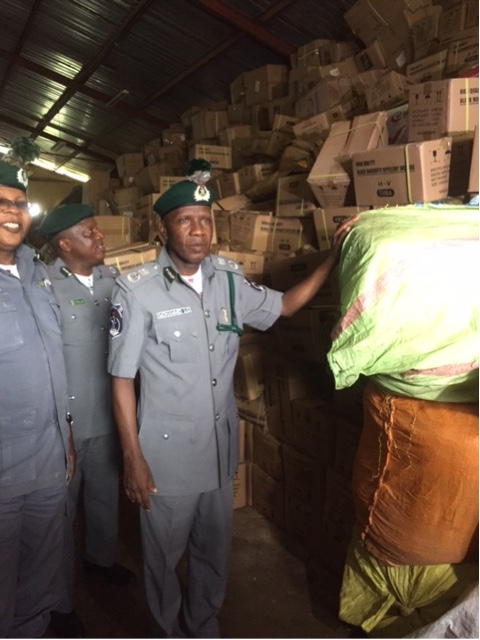 Comptroller Mohammed Uba said that the FOU zone ‘C’ would continue to strategize and re-strategize to bring smugglers, their agents and collaborators to their knees. He regretted that the federal government had continued to lose huge revenue as a result of the unpatriotic activities of smugglers who are poised to acquire wealth through the short cut, and warned such individuals to desist forthwith in their own interest.

He also advised Nigerians not to use the global economic down turn as an excuse to ruin themselves and their families as the NCS would not entertain any sacred cow in its determination to make smuggling a thing of the past in the country.

Mohammed advised the youth to always preoccupy themselves with ideas and visions that could assist them realize their potentials as leaders of tomorrow instead of indulging in acts and conducts capable of impeding their success in life.

He however advised Nigerians who are into genuine and legitimate business of buying and selling not to entertain any fear as the NCS would continue to be guided by the cardinal principle of justice, equity and fairness devoid of victimization or oppression in the discharge of her duties.