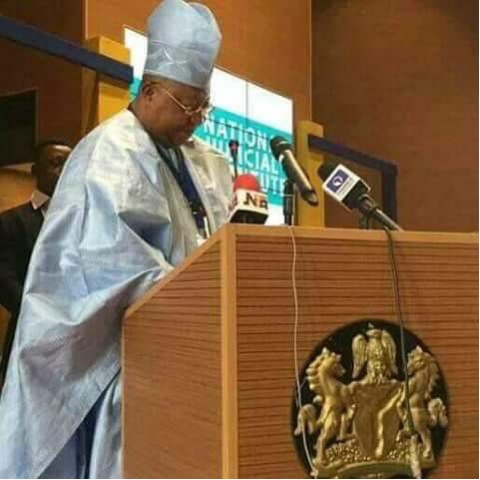 I received with deep shock but submission to the will of Allah (SWT) the news of the death of Senator Isiaka Adetunji Adeleke early this morning. He was 62 years. Senator Adeleke was the first civilian governor of the State of Osun elected on the platform of the Social Democratic Party (SDP), in the aborted Third Republic. He was in office between January 1992 and November 1993.

At the return of civil democratic rule, he was elected as the candidate of the Peoples Democratic Party (PDP) to represent Osun West in the Senate of the Federal Republic of Nigeria from 2007 to 2011. Senator Adeleke came from the illustrious Adeleke family of Ede. His father, Senator Ayoola Adeleke, was a progressive politician, an ally of Chief Obafemi Awolowo and a staunch member of the Unity Party of Nigeria (UPN), under which banner he was elected to the Nigerian Senate in the Second Republic.

It is not surprising therefore that Senator Adeleke returned to the progressives fold in 2014 when he joined the All Progressives Congress (APC). He returned to the Senate in 2015, having contested the Osun West Senatorial seat in the general election and won as the candidate of the APC.

Senator Adeleke became the first civilian governor of Osun at the age of 37, barely a year after the creation of the state, at a period he was most energetic. He therefore laboured hard, giving his best, to lay a good foundation for the then young state, the impact of which we still feel today, even though he was in office for less than two years.

He was a charismatic politician and political leader with panache, passion and fervour that traversed the political spectrum, appealing to all social strata. He was at home with the grassroots as he was with the elite.

Senator Adeleke was a very generous man who gave his all to the needy, friends and constituents, without favour to ethnicity, religion and background. Thousands benefitted from his scholarship scheme and social empowerment programmes.

He was a loyal party member and a team player who was determined to help realise the progressive agenda of the party, through legislation, not just in the whole country but in the State of Osun and Osun West Senatorial District as well.

Senator Adeleke was a personal friend who was committed to my re-election with his entire being. He was unflinching in his support and commitment, even when the security agencies laid a siege to his residence on the eve of the August 9, 2014 governorship election.

His death is very painful and a blow to us all. He is leaving a void in us, the Senate of the Federal Republic, Osun politics and his community in Ede that will be hard to fill. We give thanks to the Almighty God for the fruitful and exemplary life that Senator Adeleke lived. All mortal come from him and to him shall they return.

On behalf of the government, the good people of Osun and my family, I offer sincere condolences to his wife and children, the Adeleke Family of Ede, the Senate of the Federal Republic of Nigeria, the APC national and in the State of Osun, the good people of Ede and the progressives family at large.
May God grant him eternal repose and Aljanna Fidaus.