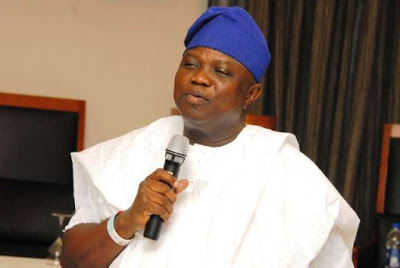 As part of programmed activities towards addressing the high demand for housing units by Lagosians, the Lagos State Government, in partnership with private developers, is constructing 20,000 housing units in the next 5 years under the Lagos Affordable Public Housing (LAPH).
The State’s Commissioner for Housing, Prince Gbolahan Lawal stated this at Bagauda Kaltho Press Centre, Alausa during the annual Ministerial Press Briefing of the Ministry of Housing and in commemoration of the Second Year in Office of the Lagos State Governor, Mr. Akinwunmi Ambode.

The Commissioner said six developers have already been mobilized to sites for the housing units, to be christened Jubilee Housing Estates in commemorating the 50th anniversary of the State.

He listed Ijora Badiya, Imota, Ayobo , Idale (Badagry), Ilamoye-Isolo , Abijo, Tolu (Ajegunle) , Abule Ado, Ikota , Ibeshe, Owutu and Igbogbo as areas where the Jubilee Housing Estates are sited,  adding that 456 units of the ongoing Estates project are scheduled for completion by June 2017 while 5,196 are due for completion later in the year.

Lawal, who stated that the global housing deficit is huge, explained that the State Government is striving hard to proffer solutions to the various challenges confronting housing in Lagos State, noting that there are a total number of 4,355 homes available under the Rent-To-Own policy in five Estates including Sir Micheal Otedola Estate Odoragunshin, Epe; Oba Adeboruwa Estate, Igbogbo, Ikorodu; Choice City, Agbowa, Hon. Olaitan Mustapha and Alhaja Adetoun Mustapha, Ojokoro, while a total of 12 schemes have been earmarked for the policy.

According to him, the Rent-To-Own initiative which offers prospective beneficiaries the opportunity to pay the required 5 percent of the value of the housing unit as commitment fee while the balance is spread over 10 years is specifically developed for low and medium income earners.

Aside the Rent-To-Own Policy, the Commissioner said the State Government has also commenced the Rental Housing Programme targeted at meeting the needs of citizens who may not be interested in ownership or may not be able to meet the requirement of equity contribution for mortgage. All that is required in this category is to pay one month rent.

On the question of the promise made last year to train artisans, he pointed out that 200 Craftsmen including masons, carpenters, steel fabricators, plumbers, electricians, painters, joiners and tilers have received training in the building industry under the State’s Master Craftsmen Project.

In his words: “Another policy initiative of the Ministry is the ‘Master Craftsman Project’, which is intended to redress the dearth of skilled workers in the building industry such as masons, carpenters, steel fabricators, plumbers, electricians, painters, joiners, tilers and the likes”.

He disclosed that 130 complaints/petitions were received and 36 were successfully resolved including that of Agent Salami that duped about 130 unsuspecting prospective tenants. 94 others are receiving attention.

“Our intention is that residents are protected in the course of real estate transactions and that all players comply with Lagos State Tenancy Law, Criminal Law and other legislation on landed property transactions”, the Commissioner noted.