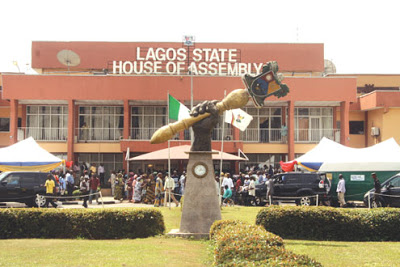 Again for the umpteenth time, clarifications must be made of the unassailable and evident peace which undebatably obtains in our parliament, your parliament, the people’s parliament and the golden pride of the Nigerian Parliamentary System – the Lagos State House of Assembly.

Some persons, for reasons best known to them and their cohorts, have unsuccessfully tried to paint a ‘nunc dimitis’ picture of goings-on in the House but it must quickly be affirmed that the peace we currently enjoy in the House is not that of the graveyard but a genuine and enduring one which is  being constantly nurtured, painstakingly pursued and ensured by the Chief Helmsman, Rt. Hon Speaker Mudashiru Ajayi Obasa, with fervent and loyal support by over 95 percent of Honourable Members, while less than 5 percent others are abrasively and pretentiously tagging along.

The purported uneasy calm alluded to the House of Assembly is a ruse which resides in the figment of the minority imagining same.

The so-called ‘uneasy calm’ is obviously a ‘storm in a teacup’ which will not thrive.

Rt. Hon. Speaker Obasa and other Leaders and Members of the House know and cherish the virile foundation on which our Party and Governance in Lagos State is built and will do nothing to truncate it but will rather continue to strengthen and sustain same in the interest of our Leadership as epitomised by Asiwaju Bola Ahmed Tinubu and the generality of our Party Members and the electorate for who we hold power in proxy.

Lagos State House of Assembly is peaceful and progressing.

To think that the House can be ‘engulfed’ in an ‘inferno’ is wicked and sadistic. It will remain an unrealisable task for its pursuers.

By God’s grace, our peace, as currently being witnessed will continue to be seamless.