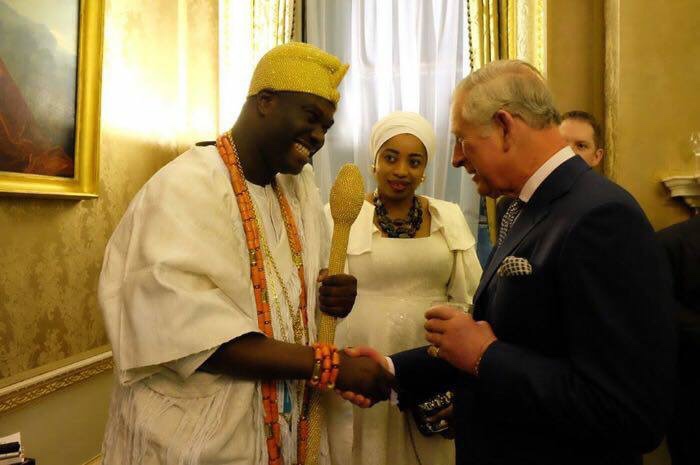 By Adekunle Fayemiwo
The Ooni of Ile-Ife, His Imperial Majesty, Oba Enitan Adeyeye Ogunwusi, Ojaja II has met with the British royal family is a nostalgic encounter that lasted for hours. The meeting was led on the part of the British royals by Prince Charles, Irohinoodua reports.

It was the first time in recent memory that the Ooni of Ile-Ife, the custodian of the most ancient tradition in Yoruba kingship system will be meeting with the British Royal family. The royal family had extended a hand of fellowship to the Ooni who was later invited him for the royal visit. The Ooni inspected the Royal Guard of Honour after which he laid a wreath. 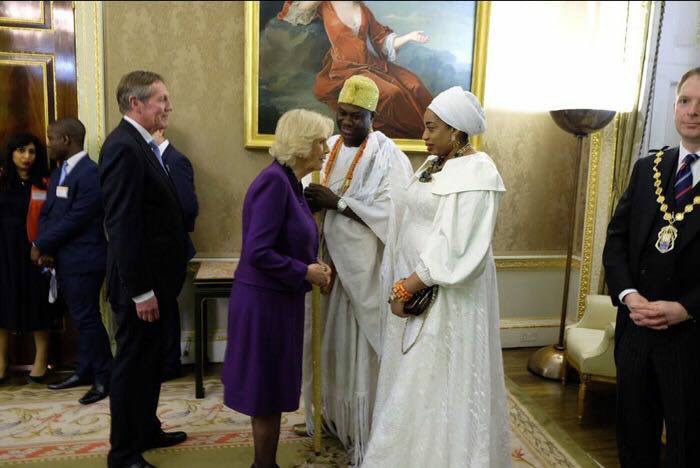 The Ooni’s visit raised enthusiasm at the point of entry when thousands of locals and Africans clustered around to welcome in with pomp and pageantry.
Observers at the meeting which took place at Burghingham palace said the two discussed various issues including but not limited to cultural exchanges and issues concerning the revival of the ancient Ife city, which had its first King in the 9th century. The British monarchy could be traced to the Kingdoms of early medieval Scotland and Anglo Saxon England which consolidated into the Kingdom of England and Scotland by the 10th century AD, in 1066, this is more than one thousand years after the Ile-Ife dynasty had been established by Oduduwa.
The principality of Wales was incorporated into the Kingdom of England under the statue of Rhuddlan only in 1284, several years after the Oyo Empire had flourished and known as an established nation with remarkable trade and commerce. 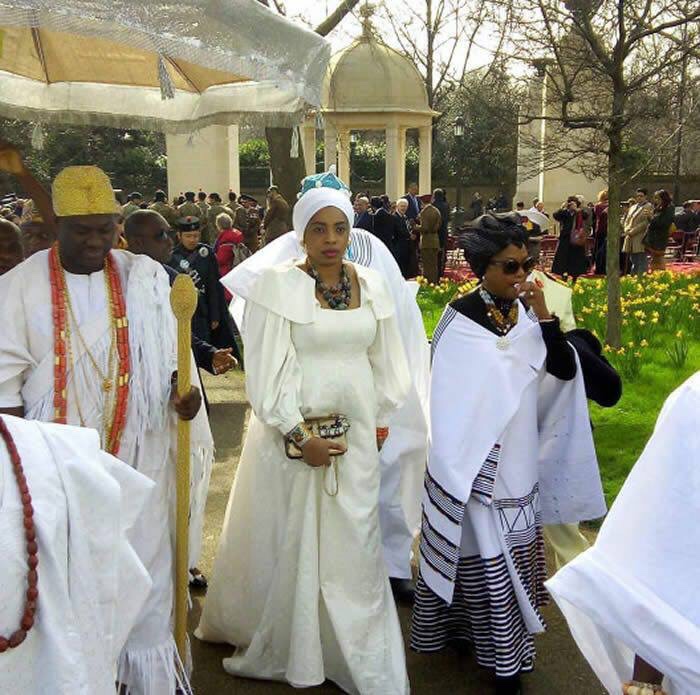 “Ooni had very useful and extensive discussions with the royal family. The atmosphere was filled with excitement. The royal families of the two sides sat together to reflect on common aspirations and they both value the historic relationship that had existed between the two royal families for the past over 800 years”, an official of the palace who attended the meeting in London but does not wish to be named told Irohinoodua today.
During the visit, the Ooni is expected to visit the Royal Museum. He may also visit Scotland and Wales.