0
SHARES
11
VIEWS
Share on FacebookShare on Twitter
• Faleke says he is working on party instructions
• Grassroot politics must be protected
• Any silly mistake from our party leaders, we will support PDP – Ojodu Youths 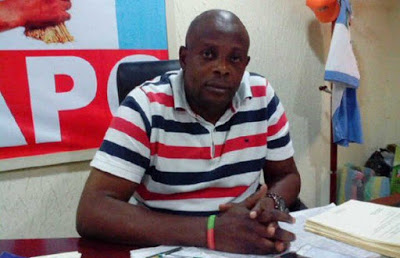 The crisis rocking Ojodu APC chapter on the forthcoming local government election took another dimension over the weekend when LAISEC released the guidelines for the election.
Abiodun James Faleke, a member of House of Representatives, representing Ikeja consistency 1, who was also the running mate to the deceased APC’s governorship candidate in Kogi, Prince Abubakar Audu, is hell-bent on imposing Julius Oloro on the executives
as the party chairmanship candidate come July for the LG election.
Our source revealed that Hon. Faleke has promised to go to any length in order to make sure Oloro retains the seat, as he has started dashing out money out to make sure executives go against the wish of the people in other to satisfy his selfish interest.

Meanwhile, one of the party executives told The City Pulse News that Faleke said he is working on Asiwaju Bola Ahmed Tinubu and party instructions that 19 former chairmen with first term should return unopposed without primaries. This statement has been outrightly denied by the party chairman Chief Henry Ajomale, saying, “That is not in the party constitution. There must be a primary and party members must be allowed to decide on who they want as there representative in any political office.”

He further added that grassroot politics must be strictly adhered too and protected so that the party can maintain its standard.

The Ojodu youth, who are presently at loggerheads with Faleke over on this plan reminded him of how he took the party to court in Kogi over the issue of imposition. They hereby appealed to all the party stakeholders tell Faleke to desist from such act if he wants peace to reign in Ojodu.