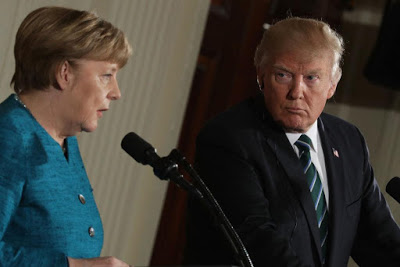 The White House has come up with a new theory as to why Donald Trump apparently ignored Angela Merkel’s request for a handshake.

The rest of the world did hear the German Chancellor asking the US President at their first meeting as to whether he wanted to shake hands, however, and they watched as he did not respond and instead stared back at the cameras, looking resolute.