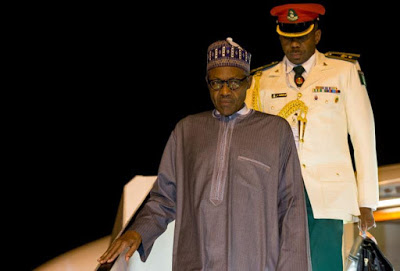 Senior Special Assistant to President Buhari on Media and
Publicity, Shehu Garba, says Nigerians should be ready to see the
president in Flesh very soon. He said this in an interview with Channels
TV
this morning. When responding to a question on the possibility of
Nigerians hearing President Buhari talk either via telephone or a
broadcast, he said
“As a matter of fact, they should be getting ready to see the President in Flesh. That would be as soon as possible”.
He says he doesn’t have a date yet on when President Buhari will return to Nigeria
“No
I don’t have a date but I believe the President himself is looking
forward to coming home to be with his own people. I don’t think he is
enjoying any longer his extended days outside”.
He
also responded to a question on whether the presidency will releasing
the audio of President Buhari’s telephone conversation with US President
Donald Trump yesterday February 13th.
“No I
don’t think so. I don’t think it is permitted in diplomatic ties. I
think if we had recorded Mr Trump in his conversation with President
Buhari, it would have offended our diplomatic relationship and I don’t
think Americans would have recorded it”