The Criminal Investigations Department (CID) of the Ghana Police Service has declared a 29-year-old Nigerian wanted. Kess @ Kess Billions is suspected to be the leader of a robbery syndicate in Accra.

According to the police, Kess Billions led a gang of robbers to attack a forex bureau at Teshie and another company at Tema.

In a statement on Friday, the police said: “He is alleged to be the leader of a gang of armed robbers who, on 31/01/8 at about 8:30 am robbed a forex bureau at Teshie Tsuibleoo and made away with an unspecified amount of money.

The suspect also reportedly “led a gang of robbers to attack a company at Community ‘9’, Light Industrial Area on 6th February 2018 and took away colossal sums of money from his victims.”

According to the police, Kessn is suspected to be hiding in either Nigeria or Aflao, ated in Accra, Ghana.

Find the full statement below: 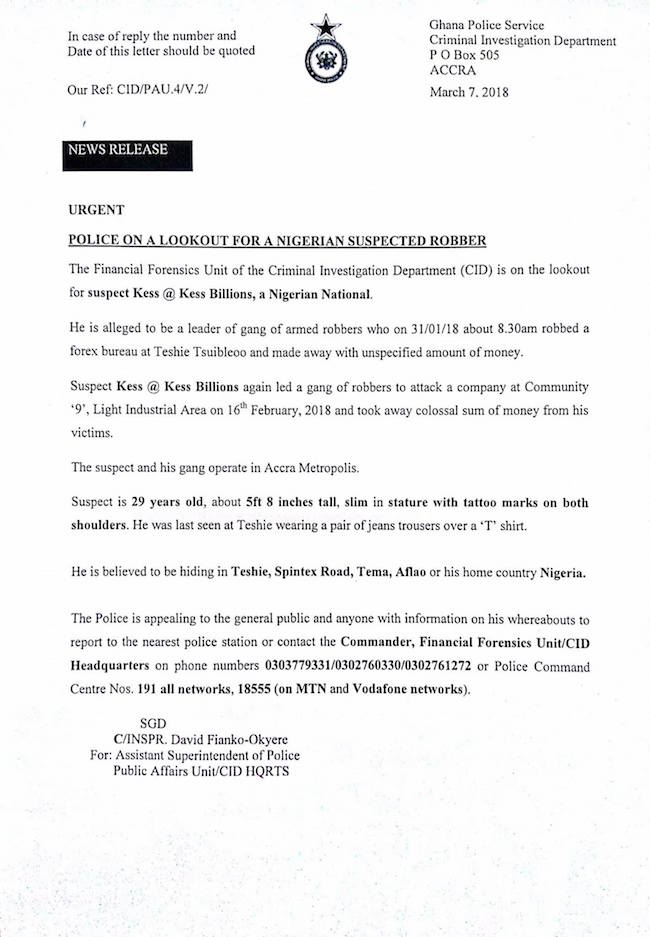 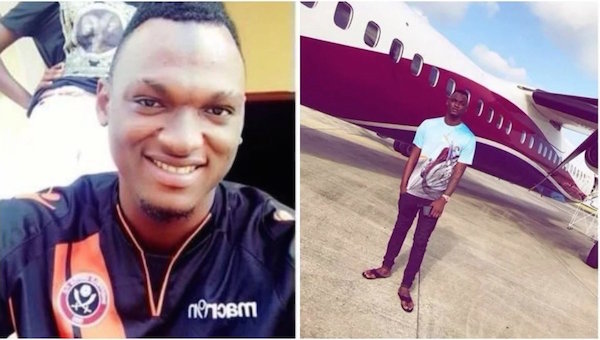