Nigerian lawmakers propose bill to jail ministers, others who defy them

A bill that could see officials of the executive arm of government
thrown into prison if they fail to honour a summon by the legislature
has passed second reading in the House of Representatives.
The bill also recommended an alternative fine of up to N1 million for
any official found guilty of contempt of the National Assembly.

The sponsor of the bill, Sunday Karim, said during plenary on
Thursday that lawmakers were frustrated by frequent refusal of members
of the executive arm of government, especially ministers and
directors-general, to honour invitations of investigative committees in
both the Senate and the House.

Mr. Karim said his bill seeks to bolster the provisions of the
Legislative Powers and Privileges Act of 2004 which he said he been
repeatedly desecrated by government officials.

“This bill is meant to assist our oversight functions,” Mr. Karim said. 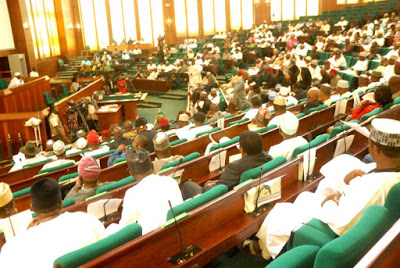 Two lawmakers, Mohammed Soba and Iduma Igariwey, who raised a point
of order to oppose the bill were ruled out by the Deputy Speaker, Yusuf
Lasun, who presided over legislative activities for the day.