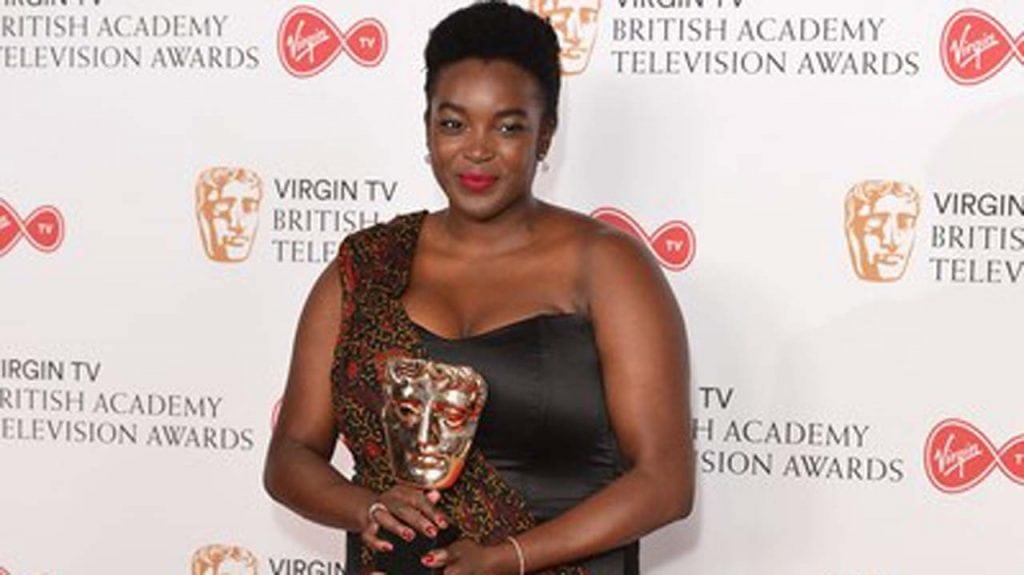 Nigerian born British actress, Wunmi Mosaku has won the British Academy Television Award (BAFTA) for Best Supporting Actress.
The annual awards of the British Academy Television Awards (BAFTAs) was held on Sunday at Royal Festival Hall in London.
Mosaku won for her performance in ‘Damilola, Our Loved Boy’, seeing off competition from Siobhan Finneran (Happy Valley), Vanessa Kirby (The Crown) and Nicola Walker (Last Tango in Halifax).
The Zaria born actress migrated to Manchester, England and graduated from the Royal Academy of Dramatic Art in 2007.
[interaction id=”591af13531e7fd4071762bfb”]
She made her stage debut in a production of Pedro Calderón de la Barca’s The Great Theatre of the World and appeared in Batman Vs Superman: Dawn of Justice.
The ceremony was hosted by Sue Perkins and attended by British TV’s biggest stars including Ant and Dec, Olivia Colman, Thandie Newton and Ed Balls.
This year’s BAFTA nominations were ruled by The Crown with five nods, followed by BBC3’s Fleabag.
Damilola, Our Loved Boy produced by BBC1’s Happy Valley and one-off BBC drama had all three nominations.
In 2010 Mosaku was named one of The Seven Fresh Faces of Toronto International Film Festival for “I Am Slave,’’ in which she starred.
She played Malia, a girl who has been kidnapped from her village in Sudan, and sold into slavery.
For her performance Mosaku won awards such as Best Actress at the Birmingham Black Film Festival, Best Onscreen performance at the Cultural Diversity Awards and Best Female performance at the Screen Nation Awards.
Similarly in 2011, Mosaku joined Vera and played the role of Holly Lawson but left the show after just one year.