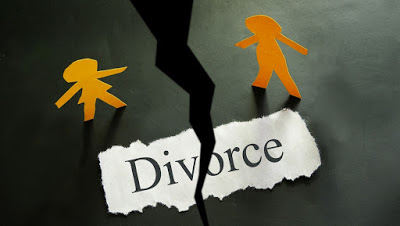 A 27-year-old woman, Justina Dusu, on Friday told a Jos High Court
that her boyfriend, Stephen Luka, got her pregnant, and when confronted,
brutalised her and killed her sister.

Ms. Dusu, a resident of Foron, Barkin-Ladi Local Government of
Plateau, who stood as a witness, testified against the accused, Stephen
Luka, of Tudun Wada, Jos, who is being tried for murder, assault and
sexual abuse.

The News Agency of Nigeria reports that the accused, who has denied
the allegations, is also facing a charge of attempted murder.

The accused was alleged to have attacked the two sisters on July 27,
2016 at his home, in Sabon Gari, Tudun Wada, Jos, after they went to
confront him over Ms. Dusu’s pregnancy.

Ms. Dusu, who is heavily pregnant, told the court, in her testimony,
that the accused person, with whom she had been in a relationship since
2007, got her pregnant last year.

“We met on my return and he invited me to his place sometime in June 2016, where he had sex with me.

“I later realised I was pregnant and called his attention to it; he
told me he was not ready to be a father and suggested an abortion which I
promptly rejected.

“I told him I would rather give birth to the baby and give to my parents than have an abortion.

“On July 25, I told my sister, late Simi Dusu, about the pregnancy and Luka’s idea of an abortion.
“She tried to reach him on phone without success and we decided to go to see him in his house.
“On July 27, we took a cab to his house, when I sighted him, we alighted and followed him to the house.

“He didn’t deny the pregnancy, but said that he was not ready to be a
father, and that his parents had already chased him out of the house.

“While we were discussing, my sister stepped out to receive a phone but before she returned, he started hitting me on my head.

“When I started screaming, my sister tried to enter, but he locked
the door. She forced the door open and he descended on her with a
machete and killed her.

“He again returned to me and kept hitting me; I only regained
consciousness at the Hwolshe Medical Centre, Jos, and received the news
that my sister had died,” she told the court.

She denied engaging in a fight with her sister over Stephen as
alleged by the defence counsel, and described that allegation as a
“lie”.

Another witness, Rifkatu Yusuf, who is a sister to the deceased,
denied the possibility of a fight between the deceased and Justina,

She said that she did not know Luka until he called her to meet him at the hospital over her sister’s condition.

After taking the witnesses, the prosecutor, Muleng Alex, prayed the
court to adjourn the matter to another date, citing the long hours
already spent on taking witnesses, a move the defence counsel did not
object.

The judge, Nafisa Musa, adjourned the matter to February 28, for continuation of hearing.