After having his image dragged in the mud by criminal elements who use his name to defraud unsuspecting people abroad, the talented actor and producer, Mike Ezuruonye reached out to men of the force for help. Today, one of the alleged culprits have been apprehended by the EFCC.

His name is Godspower Osaigbovo Uhunmwangho from Benin and currently in custody of EFCC in connection with Impersonating Mike Ezuruonye, collecting large sums of Money from female fans of the actor abroad. He has been alleged to use Mike’s image and videos as he super imposed his own voice to deceive these women. 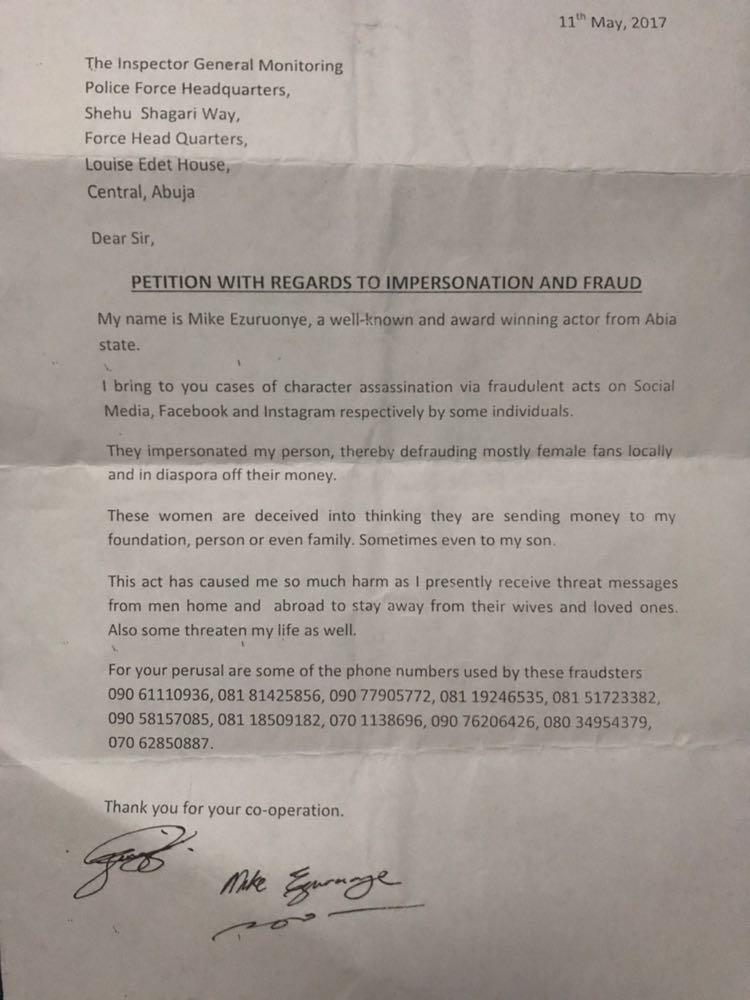