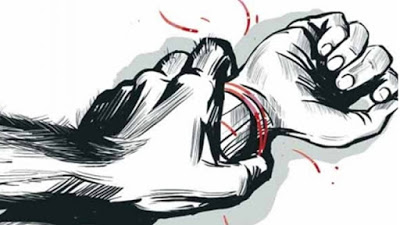 Kingsley Agbini, a thirty-four-year-old man, has developed stroke
after he allegedly raped his wife’s niece, identified as Comfort in his
house at Agbarho community in Ughelli North Local Council of Delta
State.

Agbini, who is still recuperating from his stroke, is said to have
admitted to committing the offence, stating that he developed the
ailment after his escapades with Comfort on December 12, 2016 was
brought to the knowledge of his wife.

In his confession, Agbini said: “It was a strong tempto rape my wife’s niece.”

Already, his wife, Grace, 28, has packed out of the house with their
10-month-old baby as a result of the act. He is, however, pleading for
her return for settlement, saying “it was a temptation. I don’t
understand how it happened.”

It was gathered that Agbini had consistently raped the 15-year-old girl
without the knowledge of his wife. Trouble started for Agbini after he
last raped the girl on December 12.

Pained by the ugly incident, Comfort informed some elderly people,
who disclosed the act to her aunt, Grace. When Grace confronted her
husband with the allegation, he instead allegedly threatened to kill
her.