The Lagos state police command have arrested 36 year old Sakiru Bello,
pictured above, for dismembering his wife and mother of his three
children, Sherifat Bello on February 13th.

According to Vanguard, Sakiru told the police that he never intended to
kill his ex-wife.
“I called her on February 13th and she came to see me at home. Later,
both of us went to the Island. It was on our way back that a commercial
bus hit the bike that we boarded and she fell, hitting her head on the
ground.

When we got home, she started complaining of pain in the head and then
she died. I didn’t take her to the hospital because I didn’t have money.
After she died, I didn’t know what to do. I couldn’t call her family
members since we aren’t in good terms. It was while thinking about what
to do that a thought came into my mind that I should cut her corpse into
pieces to enable me dispose off her remains easily. So I cut her head,
her breast, her leg and other parts of her body. I later wrapped them in
a sack before taking it to an uncompleted building, where I buried the
parts in different holes.”

Speaking on the incident, the father of the deceased said “I reported
the case to the Area ‘B’ Police Command, when we didn’t see her, not
knowing that he had killed her. When we called him, he said he was
somewhere in Ibadan and gave us an address. However, when we got to the
address, he was not there. Luckily, police arrested him in Lagos where
he was hiding. He is denying that he killed her, but he cut her corpse
into bits. All we want is proper investigation and justice in this
case.”

Also speaking, the elder sister of the deceased alleged that her sister
had raised alarm a year ago that her husband had planned to use her for
money ritual.
“My sister is a nurse. She is the one who has been catering for the
family, while they were married. She once bought him a bike and later, a
Danfo just to ensure that he is gainfully employed. But nothing came
out of it.
About a year ago, she raised alarm that he wanted to use her for
rituals, so the two families came together and they separated them.” 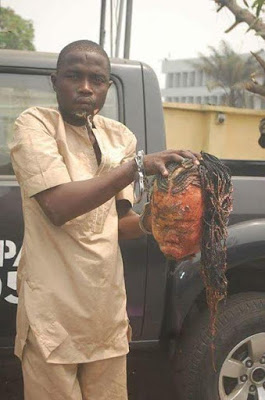 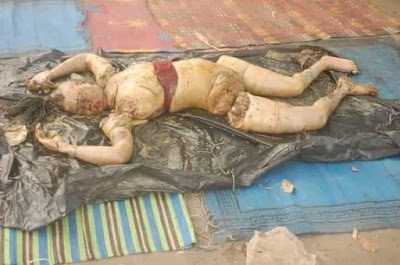 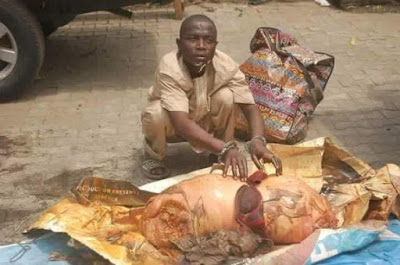 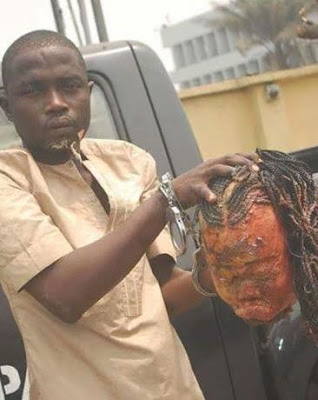