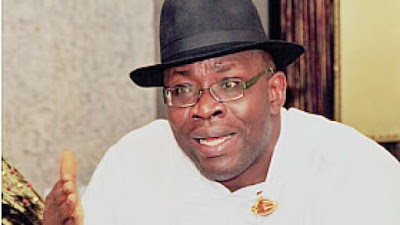 Bayelsa State Governor Seriake Dickson may have incurred the wrath of
the Joint Revolutionary Council (JRC) over the assault on the Ijaw
woman activist, Annkio Briggs, as  a 48-hour ultimatum has been issued
for him to apologise or face their anger.

The JRC said it held Dickson responsible for the alleged assault on her and others during a recent peaceful protest in Bayelsa.

Briggs
was assaulted by hoodlums in Yenagoa, Bayelsa State capital a week ago
to protest the allocation of 1, 200 hectares of land to Fulani herdsmen
for cattle grazing.

The protesters had assembled at Tombia
Junction, the take-off point, in Yenagoa and Briggs was reportedly
addressing the Divisional Police Officer, DPO, his men and the gathering
on the purpose of the protest when thugs unhindered, pounced,
assaulting her and others.

According to the spokesperson of the
JRC, Cynthia Whyte yesterday, if Governor Dickson failed to apologise
“key agitating groups in the state would be activated to undermine the
Dickson government.”

She said: “Within that 48-hour space, key
agitating groups will first renounce amnesty and then commence series of
activities to drive home our point and position. It is unfortunate that
the same government which many Ijaws struggled and clamoured to win the
2016 elections would now turn out to be a government of tyranny,
incompetence and ineptitude,” JRC said.

Whyte said: “It is
unfortunate that today, the same bandit elements, armed robbers and
unrepentant hardened criminals, who worked against Governor Dickson’s
second term are the same band of renegades that would be hired to mug,
mob and attack Annkio Briggs and her fellow protesters.

“This
represents the fullness of treachery and tyranny. We will not allow this
to happen in Bayelsa State, the cradle of Ijaw nation,” the JRC
statement alleged.