What life has taught me —Gbenga Daniel

by metronews
in Interview, MetroProfile
0 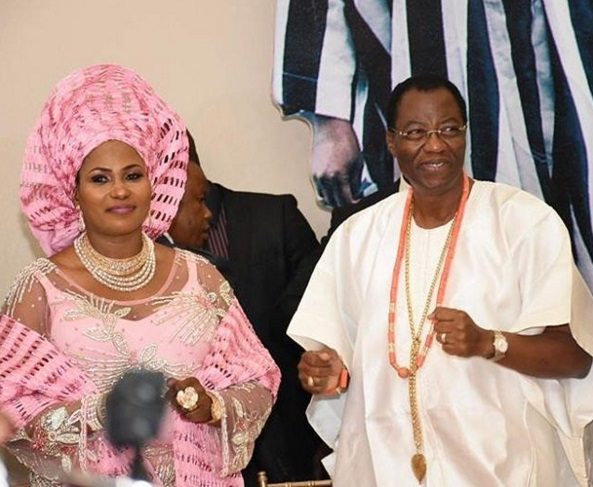 How did you meet your wife?
I ran into her at the bookshop. In my earlier days, I was a bookworm. So, I went into a book store and saw her also looking at books. We exchanged pleasantries and I then found myself going to the University of Ibadan to say hello to her and one thing led to another.
What were the qualities that made you say, yes this should be my partner?
First and foremost, she looked very beautiful. When we were much younger, we looked at beauty from top to bottom. So, it was not just the face; she had very straight legs and she was walking with so much poise and confidence. That was the immediate attraction. The second attraction was that we have been trained to believe that the people you meet in clubs and parties are not exactly wife materials. So, to now find somebody in the bookshop, that is really what made it happen.
What is your next move in politics?
The environment is getting worse by the day and if you look at it from that point of view, what a reasonable man needs to do is to stand and watch and that appears to be my current mood. But I must confess, there is also a school of thought which says history has put you under pressure that you couldn’t come, run the thing for all of eight years and things are not going right and, because you feel that you don’t want to ruffle any feathers, you have had your time, you just decide to keep quiet. Your children will ask you, ‘what did you do?’So, to that extent, one will study the situation carefully. One thing that is unfortunate is that different animals have entered the forest and the objectives are no longer the same. Some now look at it as straight forward business, it is no longer about service. In fact, it has become like a war zone. So, the questions that you ask yourself are, ‘why this war, if indeed politics is about service to humanity? ‘Why must things be like this?’ So, those are the conflicting mindsets that one has, but I have no doubts in my mind that, somehow God has always intervened in the affairs of this country. Sometimes, when you feel like it’s over, it is going to crash, something happens and we move on again. So, Nigeria is a cat with nine lives.
Let us leave office and politics. Who is Otunba Gbenga Daniel, the father and the husband?
I am very close to my children, extremely close. They are, to a very large extent, very independent but we are very close. I think I love them a lot without any exception. Of course, public service created a little bit of a gap. I am not particularly happy about all those eight years when I wasn’t able to get close to them the way I would have loved to. But in the last two years, we have bridged the gap and I am particularly happy that they all turned out to be good children; none of them has been a deviant and they are very well behaved. They also don’t carry the toga of the office because they are trained not to. They are very respectful. They have also been trained to understand that they have to work and earn their own money. They can be supported because that is how it is today, but they must appreciate the worth of money; they must work to earn money. They must measure the amount of effort it takes to get a particular amount on their own so that when someone is supporting them, they will have appreciation.
I am very close to my wife. It is not as if we do not have our issues as husband and wife, but I understand her perfectly and she understands me a lot. She makes allowances for my human foibles and I am very attracted to her. I have no issues with her. If I have to look for a wife again, I will look for her. I have given you the very honest answer.
What is your best moment ever?
I think that was Class 3 at the Baptist High School in Abeokuta; it was prize-giving day. Those days, it is after Class 3 that you drop your many subjects and focus on nine. So in Class 3, on the prize-giving day in 1971 when I collected 11 prizes for the best student out of 13 subjects. My father was there and the way the arrangement was done those days, the parents that are invited were at the front, the students were at the back and so when they were calling the prizes, I kept running from the back to come and take it and after I had run three times, they said, ‘just stay here’ and they put a chair for me and I collected 11 out of 13 presents in the presence of my father. That was the happiest day of my life.
Any regrets?
It is not possible to live a life at 60 without any regrets, but I think by and large, whatever you can call a regret I call an event of life and you can learn from it and make you a better person. So, there isn’t anything I could say I regret. I think, with the amount of information at my disposal at every point in time, I took a decision.
Credit: Monica Taiwo