Like an eclipse, swiftly, the years passed. And it’s striking to know that it’s exactly 10 years that we lost a political juggernaut in the person of Chief Adebayo Adefarati, former governor of my dear State, Ondo.

Baba Adefarati, as I knew and addressed him, even before his ascendance to governorship of Ondo State, was appointed twice as a commissioner under the late Yoruba and Afenifere Leader, Pa. Michael Adekunle Ajasin. He was the State Commissioner for Works and that of Ministry of Transport between 1979–1983). Baba was also a prominent member of the then dreaded NADECO that fought against the military during the slippery General Sani Abacha days.

He reigned as a governor between 1999-2003 and lost his re-election bid, majorly due to separation from many of his associates and lieutenants such as erstwhile comrades, major supporters and the stars of his administration, namely Dr. Olusegun Mimiko, Late Chief Rufus Giwa, Dr. Akerele Adu, Dr. Olu Agunloye, Chief Yele Omogunwa, Senator Nimbe Farunkanmi, Dr. Awolowo Ajaka, Dr. ‘Tayo Dairo, Chief Bamidele Awosika, Col. Akin Falaye (Rtd.) etc which gave Dr. Olusegun Agagu leeway to defeat him when he ran for re-election in 2003. 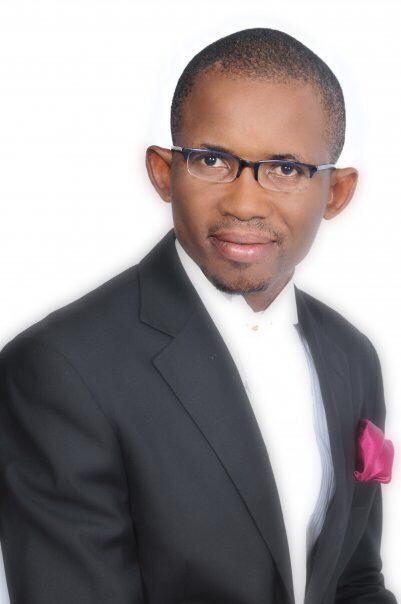 In 2007 Baba Adefarati was the presidential candidate for the Alliance for Democracy (AD). He died at a ripen age of 76 after a brief sickness few weeks before the election.

Baba Adefarati, indeed, lived a life worthy of emulation. He was an astute leader of men, effective manager of resources and passionately in pursuit of peace in our society.

Commemorating Baba’s after life, especially the 10years anniversary of his departing the earth as political titan that he was, his kins and associates led by the incumbent governor of Ondo State, Arakunrin Oluwarotimi Akeredolu SAN, last week roll out drums to celebrate Baba Adefarati.

Much as I recognize the full worth of Governor Akeredolu and others for playing significant roles as we all remember Baba. I feel a strong urge, as a conscripted actor in the history of his life after leaving the seat of power, to do a quick review into the latter life of the deceased old man and leader. In addition, I will also point out an important lesson from this for the wielders of might and holders of power of our days.

I grew up to know Chief Adefarati as one of the school Principals that are close friends to my late father, S. A. O. Ajulo, a book merchant. He was a frequent caller at the CSS Bookshop, Aminigun, Ibadan and sometimes, being an Anglican, he worshiped with us at The Cathedral of St. James, The Great, Oke-Bola, Ibadan.

He was one of the ‘very few’ visitors, who called my father by his corrupted first name, Solo (from Solomon).

I had hearty curiosity about their cordiality which got me to know after insistent enquiries that their friendship dated back to their primary school days as young schoolboys at Oka-Akoko. They became close till deaths despite the fact that Baba became a governor and my father was apolitical with no political value in the scheme of things. Baba Adefarati cherished old and good friends irrespective of the gains involved.

Baba Adefarati, a progressive politician of the old order lived a simple lifestyle and cannot be accused of using his office to acquire wealth for himself. I have, up to now, my strong doubt, as to whether or not he used the seat of power to amass wealth for himself as such possibility has pointedly was cleared when I became the Head of Chambers of the law firm of Tunji Abayomi & Co., Abuja in 2003.

Dr. Tunji Abayomi, the Founder and Principal Partner of the firm was Baba Adefarati’s lawyer. Three months into his exit as governor, the law firm was briefed on the need to ensure the payment of Baba Adefarati’s severance entitlements. Pursuant to the brief, I visited Baba at his home town, Akungba and I became a front row witness of Baba’s spartan lifestyle, travails and philosophies of life.

During one of our discussions, in his house, he narrated his ordeal with his then successor – the late Dr. Olusegun Agagu, particularly on the fact that his successor has refused to pay his severance entitlements and that he is left broke. He urged that the law firm expedite action to get this money paid. I can remember vividly his word; “Kayode, as you can see now, I have no drink to offer you as my visitor in this house, because there is no money to buy”. I was shocked to my bones and couldn’t believe my ears.

Again, I had my first practical experience of Political Repression, when after few weeks of taking up the case as the head of chambers, my boss’s Abuja chambers, a rented office apartment located inside the Owena House owned by Ondo State Government was burgled, all the books and furnitures inside thrown out, and we were forcefully evicted from the building by the then new government of Ondo State for no just cause than the fact that Dr. Tunji Abayomi belonged to Baba Adefarati’s old order.
I was however surprised, when the same Dr. Agagu-led State government rolled out drums to celebrate the life and death of Baba Adefarati at the announcement of Baba’s demise. The governor allegedly spent over 150 Million Naira on baba’s burial arrangements, and invited one of Baba’s wives to his office despite his outright neglect when he was alive.

Thorough study has revealed that political Repression although takes various forms, it however points toward an end. It is the systematic hostility or ill-treatment of an individual or group within a society for political reasons, particularly for the purpose of restricting or preventing their ability to take part in the political life of a society, thereby reducing their standing among their fellow citizens. This, weighing the issues about Baba after office as governor, can be said to have been meted out on him.

Baba Adefarati, as history points to, did his best for Ondo State as he did for the County -Nigeria. Whether he was done a commensurate honour after exit or not is a debate that will last the length of time. However, as we celebrate Baba, it is only proper that we learn from the significances of his successful life and glorious exit. It is imperative that freedom from disturbance; and tranquility reign in the conduct of the affairs of men. Peace must be made a pivot in our art of politicking if we must genuinely celebrate and honour of departed leaders,as this was the hub of the late governor’s philosophy of life.

Political repression must cease to be part and parcel of governance. it was a cheering that the immediate past administration in Ondo State, against all odds, gave the new administration of Governor Aderedolu, SAN ultimate cooperation, in a committed, seamless and historical transition procedures that made the inaugural ceremony of the incumbent one of the best in recent time. This was exemplar, and it’s hoped that this will be nurtured as a tradition.

Justice and fairness is the ultimate panacea for peace, it will be therefore instructive and wise for Governor Akeredolu, SAN and others in power to learn and imbibe the lessons of living in harmony and tolerance with their political rivals in steering the ship of their States to the full benefit of all.
What is good for the goose, the wise say, is also good for the gander. In governance, and in accordance with the dictates of their oath of office is to do right to all manner of people, irrespective of their political lineage of inclinations.

As it is certain that he who is incumbent today, one day, would become a former someday. I agree with the insightful words of Jacques to Duke Senior in Act II, Scene VII of Shakespeare’s As You Like It;

“All the world’s a stage,
And all the men and women merely players;
They have their exits and their entrances”.

Peace, one palpable beauty for which Ondo State is reputed, is debatably a legacy seeded by late Chief Adebayo Adefarati. It has since endured through the years to this time of Arakunrin. While we extols the greats feats and ideals of this giant son of Ondo State, we indulge in the hope that under governor Akeredolu, Baba’s legacy of peace and tolerance will not only be preserved but also be taken for granted. That, for me, is the minimum we must do to immortalise Chief Adefarati.

Buyers Please?!!! She Wants To Sell Her Virginity

In America, Nigerian Woman Gets 4yr Jail Sentence For Stabbing Husband To Death ... Read her reasons