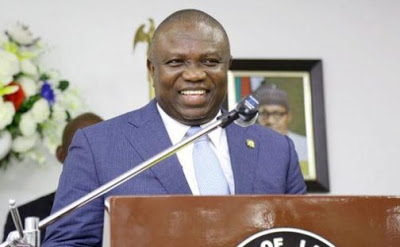 The Lagos State Government has reaffirmed its readiness to partner with the Federal Government and other relevant stakeholders in the development of the solid mineral subsector.

The Commissioner for Energy and Mineral Resources, Mr. Olawale Oluwo stated this at a Town Hall meeting organized by the Federal Ministry of Mines and Steel for stakeholders in the mine and steel sector of the State.

Oluwo stated that the State Government will not allow sand miners and dredgers to degrade the environment, adding that the present administration will continue to give necessary support to miners and dredgers in order to achieve an orderly mining process for the benefit of all Lagosians.

He stated further, that the decision taken last year by the Lagos State Governor to suspend surface sand mining activities was premised on the fact that severe damage has been done to the environment and that if not checked could worsen the already fragile ecosystem, thereby leading to serious and irreparable damage to the entire landscape.

Responding to issues raised at the meeting, Oluwo said, “the Lagos State Government, as a matter of priority, will not fold its arms and allow uncoordinated and unregulated sand mining and dredging activities in any part of the State”.

Oluwo further stated the State Government is poised to streamline the activities of surface sand miners and dredgers in line with international standard. He, therefore, called on all relevant stakeholders to adhere strictly to mining laws in the State.

In his opening remarks, the Minister of Mines and Steel, Dr Kayode Fayemi said the town hall meeting is in continuation of his tour of mine sites in the federation, having visited other states to get first-hand information on mining and steel processes across the country.

He said the meeting is to allow for interaction between the Federal and State Government as well as operators in the mining and steel industry operating in Lagos State.

He, therefore, called for synergy between the Federal government, State Government and operators in the mining sector of the state, noting that the roadmap for solid mineral development, which will strengthen the partnership between host communities, State and the Federal Government has been approved by the Federal Executive Council.

The Minister further disclosed that the Federal Executive Council has approved a 13% derivation for States from the solid mineral revenue.

However, he noted that the constitution vested authority of mineral exploration solely on the Federal Government, nonetheless the same constitution gives the authority on the use of land to the State Government hence the need for miners and dredgers to synergize with state authority to achieve the desired development for the steel and solid mineral sector.