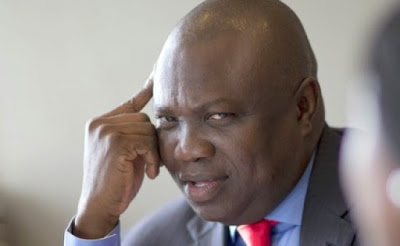 The Lagos State Government has terminated the contract for the construction of a 48-bedroom hotel project at the VIP chalets in Badagry, which was awarded in 2013 to Messrs. Anatolia International Limited.

The project is currently being promoted as part of measures by the Ambode-led administration to boost tourism within the Badagry axis.

A statement issued on Thursday by the Commissioner for Information and Strategy, Mr. Steve Ayorinde, stated that the decision to terminate the contract followed a resolution taken at the State Executive Council meeting which held on Wednesday after an appraisal of progress report on the project.

The statement said the pace of work was not commensurate with the amount already released for the project. It also cited inefficiency and overall poor performance by the contractor as reasons for the contract termination and the subsequent blacklisting of the said company.

It maintained that one of the major policy thrusts of the current administration is tourism and hospitality sector development and that the government has left no one in doubt about its resolve to grow the state’s economy and empower the youths through several alternative means which include the tactical promotion of tourism, entertainment and sports.

“The inability of Messrs. Anatolia International Limited to key into the vision of the present administration, as part of the efforts to fast-track the development of its tourism sector, necessitated the decision of the State Executive Council to terminate the contract,” the statement said.

Ayorinde added that the current administration is resolved in its avowed mission to bring rapid infrastructural development to the state in a manner that gives zero-tolerance to insouciance and inefficiency.