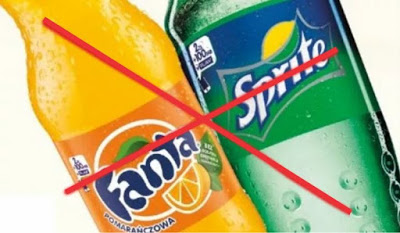 The legal tussle between a Lagos businessman, Dr. Emmanuel Fijabi Adebo, the Nigeria Bottling company (NBC) and National Agency for Food and Drug Administration and Control (NAFDAC), has been shifted to the Court of Appeal Lagos.

This is coming as Fijabi and his company- Fijabi Adebo Holdings appealed the judgment of the Lagos high court. NBC and NAFDAC also filed notices of appeal against the judgment.

In the appeal filed on behalf of Adebo by his counsel, Mr. Abiodun Onidare, he argued that the trial judge failed to award damages and grant the reliefs sought by the petitioner against the NBC.

He said: “The judge ignored the facts and the evidence before the court that the NBC was liable to Dr. Adebo and other consumers of its products, especially Fanta and Sprite, which was held to contain excessive benzoic acid and sunset yellow.”

“And the fact that it was declared unfit for human consumption by the Stockport Metropolitan Borough Council’s Trading Standard Department of Environment and Economy Directorate, United Kingdom and also corroborated by Coca Cola European Union being the food regulatory bodies of the United Kingdom and Europe on the NBC’s Franchise consequently negligent in its duty of care to the petitioner and other consumers”.

Adebo therefore, urged the appeal court to set aside the decision of the lower court.Also, NBC in its notice of appeal filed before the appellate court by Tunde Busari (SAN), the company urged the appellate court to set aside the portion of the judgment directing NAFDAC to mandate NBC to include a written caution on bottles of its soft drinks containing benzoic acid and that they should not be taken with Vitamin C.

Busari stated this on the grounds that the petitioner neither sought the pronouncement nor prayed for it but the lower court proceeded to grant the said reliefs.

NAFDAC, in its appeal filed by Professor Taiwo Osipitan (SAN) urged the appellate court to dismiss the petitioner’s amended statement of claim on the ground that the award of N2 million damages was gratuitous as the petitioner did not claim any money from the company.

Meanwhile, Adebo and his company in a counter affidavit to the application filed by the NBC and NAFDAC before the lower court to stay the execution of the judgment, urged the court to dismiss the two applications on the ground that the safety of the people was of paramount consideration to the court and hence the need to safeguard members of the public.