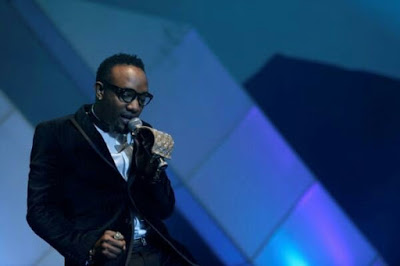 A famous saying goes this way, ‘a confused man is much more an angry and
frustrated man. To be honest, going by my newest resolve to not for any
reason celebrate mediocrity, laziness and talentless people, I would
have chosen to be quiet and pretend as if nothing happened yesterday,
January 27, 2017, but giving my role as a journalist as well as a high
ranking member of Nigeria’s most talked about music company, Alterplate,
I have been ‘arm twisted’ sort of to write this statement and to
formerly address the concerns of our friends, well wishers, family and
fans who are currently savoring our newest sound, Samankwe.

It was 8
am and policemen acting on the instruction of the Assistant Inspector
General of Police in Onikan, stormed our hotel room to invite Harrysong
over for questioning.

As a law abiding citizen with nothing to fear,
we got dressed up and set out for the AIGs office and on getting there,
we were greeted by the presence of a haggard looking young man in cheap
pair of suit, identified as Five Star Music lawyer.

His awfully
shallow reasoning became so evident when he was called up to defend the
petition he prepared on behalf of his client (Five Star Music). He
suffered a hard time convincing the AIG and his men, including a
visiting Commissioner, why the charges against Harrysong were criminal
rather than civil.

Even before any member of our camp could voice a
word, the visiting commissioner ( from the way he sounded, a very
learned and experienced officer) frowned at the concocted charges and
recommended that they dropped the petition and rather file a suit in a
civil court instead of bringing the police into the picture.

In view
of the lies peddled on some social media platforms, I wish to state
here clearly that, 1) Harrysong was never whisked away by some mobile
police officers to an unknown location; 2) It wasn’t an arrest but an
invitation by the AIG, a high ranking police officer, which he honoured.
3) A supposed breach of contract as captured in their petition is a
civil and not a criminal case.

On the other hand, as against the
kangaroo statement released by Five Star music earlier today. I wish to
also state that Harrysong did not at any time approach anyone or company
to sign him; it was rather the other way round.

Kcee approached
Harrysong on bended knees to help salvage his dying career after he fell
out with his then partner. As much as Harrysong loved to help him out
in that time of need, it is worthy of note that;

1. He (Kcee) was
talentless and knows next to nothing about music.

2. Harrysong had a
running contract with Questionmark Records, but out of desperation,
Kcee and his Five Star Music were prepared to pay off Kelvin Luciano in
their quest to have him (Harrysong) at all cost. It would be recalled
that Harrysong succeeded in recreating Kcee’s sound, wrote and
co-produced his first meaningful single, ‘Had it been I know’, followed
by ‘Okpekete’, ‘Limpopo’, ‘Pull Over’ and other songs that defined the
Kcee that everyone now knows and celebrates today, all pro bono.

For
what it’s worth, Harrysong’s dealing with Five Star Music was with the
clause that he would be left to pursue his career whenever he deemed it
fit.

As the case may be, we are not surprised at the turn out of
things and why Kcee-led Five Star Music has chosen the way of reproach
rather than that of honour. The earlier they wake up to the reality that
Harrysong had long dumped them in a trash bin and moved on, the better
for them. I can tell you for free, he is not coming back.

And to
our fans and the general public, I wish to apologize on their behalf and
to leave you with these words, ‘Kcee is confused and as such frustrated
and we can understand’.

For the records, Alterplate has come to
stay and you are free to do business with Harrysong and Alterplate
Management, we are indeed the real deal.