Vice-President, Yemi Osinbajo, met with the defunct New Peoples Democratic Party (nPDP) bloc in the All Progressives Congress (APC), yesterday, and the group’s spokesman, Kawu Baraje said it is still too early to say whether they will remain in the ruling party.

Osinbajo met with the nPDP at his official residence inside the Presidential Villa, Abuja.

The vice president led the government delegation while Senate President, Bukola Saraki, led the nPDP delegation to the meeting.

The nPDP members in attendance, including Saraki were Speaker of the House of Representatives, Yakubu Dogara, Kwara Governor, Abdulfatah Ahmed and former governors of Adamawa and Kano, Rabiu Kwakwanso and Murtala Nyako.

Others were senators Barnabas Gemade, Danjuma Goje and some members of the House of Representatives. 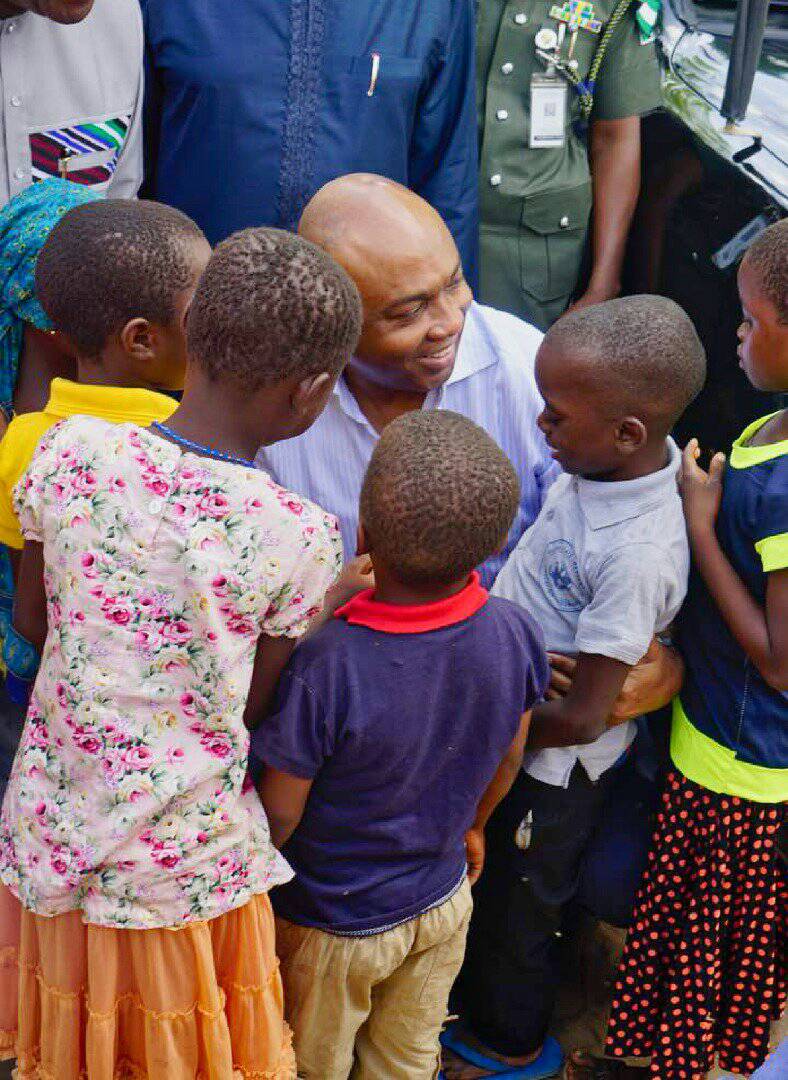 Senate President Visits Benue IDP Camp For Children’s Day “…I decided to mark #ChildrensDay at the Abagena IDP Camp in Benue, with those who, due to no fault of theirs, find themselves internally displaced on a day that is set aside for the nation to celebrate her greatest assets, the children.”

Thereafter, Baraje told State House Correspondents that although the meeting with Osinbajo was a good beginning, they are looking forward to meeting with President Muhammadu Buhari.
The nPDP members had recently written to the party protesting alleged marginalisation and harassment, among others, in the APC.

Asked if they were satisfied with the discussion with Osinbajo, he replied: “So far, so good. We are looking forward to some of the promises. There will be other meetings because we have been put into sub-committees and then, we will now identify specific and general problems and then, we will proceed to see Mr. President. But, it was a very good meeting.”

Again, asked if they would no longer quit the APC, Baraje said: “It is too early to say.”

Members of the nPDP had earlier in the month, handed down 14-point demands and seven days ultimatum to the

APC, over what they alleged was marginalisation of its members, since the birth of the current administration, which they helped to bring to power.

The letter was signed by Baraje and former Osun State governor, Olagunsoye Oyinlola, where they demanded an urgent meeting with Buhari and the APC leadership; to address their grievances.
They also listed lack of significant patronage and appointments to executive positions in various government agencies such as Chief Executives and Executive Directors of government agencies and parastatals, as some of the reasons for their protest.

Soon after the letter was written, Oyinlola resigned as chairmanship of the National Identify Management Commission ( NIMC), an appointment Buhari handed down to him last year.
The group had noted in its letter that “members of our block of the party continue to helplessly watch as these positions are shared by the erstwhile CPC, ACN, ANPP and even APGA blocs of the party and those who have no party at all…”

Other issues in contention included what they described as “general lack of consultation, non-recognition of their members in the current administration and the persecution of former nPDP members and leaders by the current government.

“For example, some of our leaders are denied the security cover necessary to visit their constituencies, even though they are elected representatives of the people, in a government they sacrificed so much for.”

Last week, Shuaibu met with the group, on behalf of the National Chairman, Chief John Odigie-Oyegun.

This lady needs husband, and here are her acceptance criteria. Are you game?

For the record: President Buhari’s address to Nigerians on Democracy Day

For the record: President Buhari’s address to Nigerians on Democracy Day