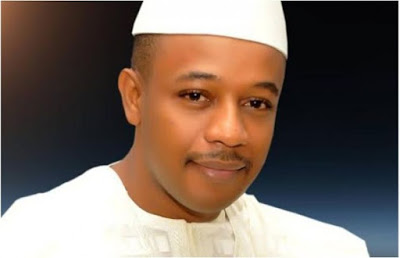 Deputy governorship candidate of the Peoples Democratic Party (PDP) in the 2015 governorship election in Niger State, Alhaji Liman Kantigi, has denied ownership of the N2 billion in a first generation bank linked to him by the Economic and Financial Crimes Commission (EFCC).
However, Kantigi, a former Commissioner said he is not aware of the said account traced to a company called Liman and companies insisting that he is neither a director nor a stakeholder in the firm.

Kantigi, in a statement, also denied he has been avoiding the EFCC operatives investigating the account, alleging some people have decided to use the media to smear his character as a businessman and politician.

“I am not a director of such companies or shareholder,” Kantigi said in a statement.

“For God sake, the media ought to have confirmed from the banks if truly my names are there as their customer?

“I acknowledge the fact the EFCC has the constitutional right to investigate anybody they suspect.

“I want to categorically state that the claim that another N2 billion in a account reportedly linked to me is untrue and figment of some people’s imagination who want to use the media to drag my name to the mud.

“I was chairman of my local government with outstanding performances and a commissioner for seven months.

“How could I have siphoned such amount and pushed to companies as an individual from the government agency as claimed by the media?”

It would be recalled that the anti-graft body had discovered another N2
billion in the United Bank for Africa (UBA) account of Kantigi to make
N6 billion, as the anti-graft body, two weeks ago, traced N4 billion to
two accounts in GTBank, both linked to Liman.