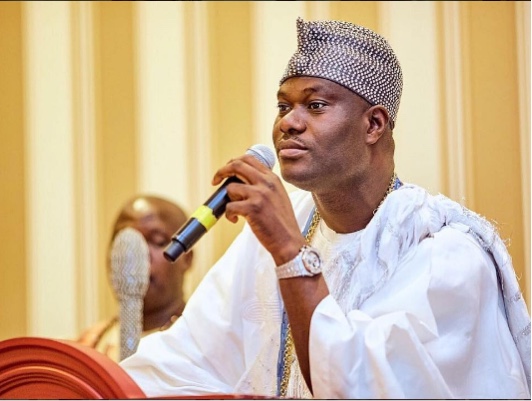 The South West Think Thank Group (SWTTG) has called for caution and thoroughness in the on-going investigation into the crisis involving Ile-Ife indigenes and the Hausa community, with a view to secure a permanent peace that will restore peace to the ancient town.

SWTTG stated this, just as it commended the moves made, so far by the traditional monarch of Ile-Ife, Oba Adeyeye Ogunwusi, towards a peaceful resolution of the crisis that engulfed the ancient town on March 8, 2017.


Rising from its weekly meeting in Lagos, the group said the Ile-Ife monarch, Oba Ogunwusi, has played commendable, unbiased fatherly roles towards finding amicable truce to the crisis which led to many deaths and huge destruction of properties.

It will be recalled that the Ile-Ife monarch, had on the heels of the mayhem, called for peace and visited the scene of the accident to commiserate with the Hausa community as well as distribute relief materials.

While the SWTTG called for an unbiased investigation by the panel set up by government to unravel the cause of the crisis, the group cautioned other traditional heads in Yoruba land to put in place internal mechanism to effect adequate security for their subjects as well as ensure that there are rules guarding excesses on the land.

The group in a release signed by its Media Director, Chief Femi Davies,emphasized that the timely intervention of Ooni Ogunwusi, by acting promptly towards ensuring that the clash does not go out of control should be lauded by all and sundry.

The SWTTF therefore called on Ile-Ife people to continue in their unalloyed support for the monarch, the state government and the security agencies in a bid to prevent future occurrences.

“There is the need for all and sundry in Ile-Ife and beyond to join hands with the Ooni, Osun State Government and the security agencies in ensuring that total peace return to our ancenstral home, Ile-Ife”.

“We commend the Ooni of Ile-Ife, Oba Adeyeye Ogunwusi, the Ojaja 11, for his prompt intervention in ensuring that the crisis does not go beyond control.

“We commend him for the fatherly roles he played in ensuring that it does not escalate. He has done a commendable job and therefore we should all salute him for that good job”

The group further reiterated the call for the Hausas and their Yoruba counterparts to continue to live in peace and harmony.

“We should learn to live in peace and harmony with one another in Yoruba land. We as a race, value harmony and this is why our hospitality is commended across the globe. There is a lot to gain in living in peace and love rather than in disharmony”.

“There is no alternative to peace; we must collectively live in atmosphere of peace for mutual prosperity which has been the long standing practice among our people.

“While we sympathise with everyone affected by the crisis and begged those involved to embrace one another by being their brother’s keeper, we also call on all Kabiyesi in Yoruba land to be more pro-active in the area of security.

“We need to open our eyes broader and be ahead of time in checking all acts of brigandage on our land,” the release reads
Previous Post