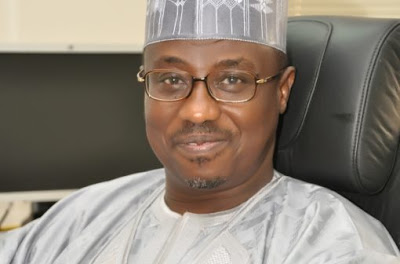 A member of the House of Representatives, Mr Ehiozuwa Agbonayinma,
has alleged that certain politicians in connivance with some staff of
the Nigerian National Petroleum Corporation (NNPC) forged President
Muhammadu Buhari’s signature in order to illegally sell crude oil from
Nigeria worth $19 million in China.

He made the disclosure on Sunrise Daily, a live television programme
on Channels Television, monitored by The Street Journal.Rep Agbonayinma,
who chairs the House ad-hoc committee on the sale of crude oil to
foreign destinations, added that the Attorney-General of the Federation
and Minister of Justice, Abubakar Malami, was aware of the forged letter
and that investigations were ongoing to prosecute the culprits.

He said that the level of corruption in the petroleum sector which
has been uncovered by his committee requires firm political will, and a
radical approach to fight it.

Agbonayinma also said that during the course of his committee’s
investigation, he traveled to the United States of America to
collaborate with the US Customs service in tracking the volume of crude
oil that berthed at US seaports from Nigeria only to discover that even
in the US, there are discrepancies between the volume of crude that was
declared by the NNPC to be exported and the volume that was recorded by
the US customs service as imported.

While brandishing a copy of the forged letter before live cameras, he
noted that the NNPC and some multinational oil firms export more than
the 2.2 million barrels of crude oil per day but fail to remit the
excess revenue to the Central Bank of Nigeria (CBN).Agbonayinma urged
Nigerians to support the National Assembly and President Buhari in the
anti-graft war, stressing that those pushing up negative issues towards
the fight against graft are doing so to divert public attention and
distract the government.

He said: “In this letter here, this is not President Buhari’s
signature but it was forged by our people – by Nigerians who wanted to
sell the crude in China worth about $19 million.

“I tell you the truth, the .Attorney-General of the Federation (AGF)
is also aware. We are working day and night to also do what is needed to
get it right because he (the AGF) is the custodian of the laws in the
nation.

“So, I’m saying I must tell you that the corruption in this country
didn’t just start yesterday. It is a cancer, and to cure cancer, you
need a radical approach getting the radical approach in this case means
you have to step on peoples’ toes, which might affect those that are
probably close to you.“What is important is the ability to have that
willingness to commit to the fight against corruption. This is not
something that is new. As a matter of fact: this is a copy of the letter
in which President Muhammadu Buhari’s signature was forged to defraud
Nigeria.

“My dear Nigerians, this time I would like you to support the
National Assembly when people want to divert attention from what
government is doing by pushing up negative issues to the fight against
corruption.

“Let’s give credit to Mr. President in the war against corruption.

“So as the National Assembly, we must do our part as well. Doing our
part does not mean Nigerians should be kept in the dark? Nigerians must
know exactly what is going on. What has happened to their money? The
money that belongs to this nation belongs to you; it belongs to me.”