The tobacco control drive by anti-tobacco groups could be a noble cause. But it is sometimes tainted with rascality and overzealousness. Often times, it lacks focus and gross misrepresentation of facts. 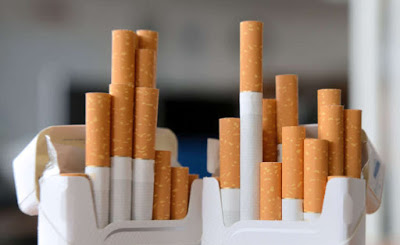 There is an urgent need to examine the activities of certain Non-Governmental Organisations (NGOs), considering the abundant declarations they make and the demands placed on corporate organisations and the government recently.

These NGOs claim to thrive on protecting human rights but in actual sense the rights of every individual is not represented in their drive for relevance.

Notably, their drive for safer environments in Nigeria is lopsided. Rather than striving to ensure the rights of all individuals, civil society organisations, often, promote their own interest, misinform the Nigerian populace and gratuitously lobby for the enactment of unenforceable laws that are detrimental to the existence of legitimate organisations.

In recent years, the tobacco industry has been the subject of unjust attacks by anti-tobacco lobby groups. While it is pertinent to state that tobacco consumption poses a grave health risk, it is worthy of note that every consenting adult (18 and above) Nigerian has a right to consume legal tobacco products.

The tobacco control drive by the anti-tobacco groups could be a noble cause. However, it is sometimes tainted with rascality and overzealousness. Often times, there is a lack of focus and gross misrepresentation of facts. Some concerns are deliberately left out in their agitations such as the illegal peddlers that hawk unregistered tobacco products, drug abuse of licensed medicinal products, and smuggling of unregistered products, among others.

The anti-tobacco lobby has not directed its energy towards highlighting societal ills and plagues but is quick to blame the legal tobacco industry for all manner of societal ills. Apart from the commitment of legal tobacco industry to paying taxes and corporate social responsibility, they often abide by the rules and regulations of the countries where their businesses are domiciled. Most of these firms have also realised the need for environmental safety in society.

The World Health Organisation (WHO)- Framework Convention on Tobacco Control (FCTC), in recent years, has been sensitizing the world to the menace of illicit trade in tobacco. Unfortunately, in Nigeria, where the criminal activity seems to have resurged, these lobby groups appear to be too busy to be concerned about it. Their preoccupation has been solely focused on maligning the legitimate tobacco industry, forgetting that if the legal industry is destroyed, the vacuum created by it will be occupied by the illegal hawks in the business.

Another point worthy of note is that these NGOs have strong financial backings from international organisations. Moreover, the fact that their source of funding is often shrouded in secrecy raises questions about their integrity and the sincerity of their cause. This is coupled with the fact that some of their leaders have been known to live ostentatious lifestyle soiled by proceeds from their anti-tobacco campaign. Their motive is not usually humanitarian but only guided by pecuniary gains. How can we as Nigerians give room for these individuals to influence government’s decisions on tobacco?

Perhaps, there is no better time to provide guidelines through corporate governance for the Not-For-Profit Organisations than now, when a lot of the activities of the NGOs are quite opaque. Also, they seek to subvert the rules in a bid to push through their demands and agitations, while pretending to be advocating for human rights.

It is worrisome that these NGOs act as valets to their sponsors in the West in a bid to cripple the activities of the legal tobacco industry. In their public advocacy drive, they introduce cases of human rights and wrongly communicate the essence of human rights in order to mask their real intentions. They intend to control both the demand and supply side of the tobacco industry without understanding the dynamics of the Nigerian economy.

It is even quite disturbing that some government officials, who are supposed to be fully aware of issues, unknowingly pledge support for the cause to clamp down on the legitimate tobacco industry, whenever the anti-tobacco lobby take their campaigns to the corridors of power. Understandably, such misguided statements are borne out of political expediency rather than sound reasoning. The government functionaries also fail to verify such assertions and realize that smoking, like every other habit, cannot be regulated through aggressive taxes on tobacco but rather through effective public sensitization on the dangers inherent in the act.

Let us imagine that the legal tobacco industry goes into oblivion. This will automatically create a market for illicit tobacco because closing down legitimate tobacco producers in Nigeria does not automatically translate to people stopping to smoke. If these NGOs successfully destroy the legal tobacco industry, the government and the economy will be the biggest losers as there will be no formal tobacco firm to be regulated and generate revenue from. This, apart from impeding smokers’ rights, will not put an end to smoking but would merely precipitate recourse to illicit tobacco products most likely coming from the countries of the sponsors of the NGOs. The government will have to devote more resources to combat the booming illicit trade with a consequential increase in security breach of the country.

The article above was written by Nojeem Adetuberu.