Hon. Saheed Ibile Warns Against the Crisis Between Hausa and Yoruba in Ile-Ife

0
SHARES
1
VIEWS
Share on FacebookShare on Twitter
In a statement released by him, a notable politician has voiced his concerns in the lingering crisis in Ile-Ife. 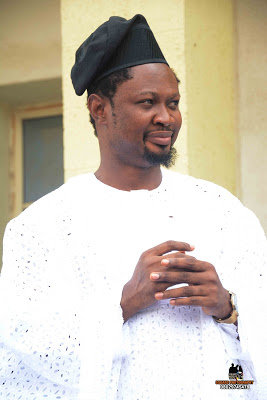 We are peeved with the media
trial of the suspects of the recent communal clash in Ile- Ife because the
media trial by Nigeria Police Force looks like height of affront and assault to
the collective integrity and value of the Yoruba people.

In this vein, as the face of
Ibile Peaceful Assembly. I am to awaken the spirit of our front- liners in
Yoruba kingdom and also to warn the invaders to sheath their sword and desist
from inimical activities that left Ife with heavy casualties in its
wake.

All Nigerians need to condemn
the communal or address the ugly ethnic clash that started on Tuesday
evening on allegation that a Hausa man slapped a Yoruba woman said to be
the wife of an uncultured Yoruba man acclaimed to be a leader of the Abuja
branch of the Nigerian Union of Road Transport Workers (NURTW), for refusing
him to keep his bag in her shop,

Life has no meaning!  Mr.
Ibile conclusion should not suck because every single Nigerian would soon rush
to demand internal autonomy in peaceful revolution manner without the binds of
governance decadence, religious or ethnics bullshit.
We won’t beat around the bush
here: the provocative scenario fascinated by some bad elements operating creeks
in Yoruba land will compel our people to chase them out of those creeks. If
they fail to desist from the act of terror and kidnapping going on in some part
of Yoruba land.

Ibile Policy has prepared a memo
in form of a Bill for our members in State Assembly to sponsor a bill to
checkmate ethnics boundaries in the Yoruba nation because the ugly incident
everywhere has called for Ethnic Boundaries Bill as it is as essential to our
people well-being as water, food, and air.

In whatever relationship, Yoruba
people are too accommodating and failed to implement ethnic boundaries law,
whereas boundaries are where some relationship end and where another
relationship begins. Those who called for the government agencies to deal with
this issue are anti-action, pro-introspection; because eventually, all this
introspection eats away their very soul.

Why do we have traditional
rulers? Where are the likes of Ooni Of Ife and Emir Sabo in Ife? They care-less
because the field of the conflicts is not where they are to go home with
contract or lobbies for their loyalists for rewards.

In what way can we respond to
the media trial engage by Nigeria Police Force? We are not impressed by the
explanation, arrest and dehumanizing of those who were paraded at the police
can not just go on screen till a competent court in Osun State promulgate them
guilty, meaning  they are still innocent and they deserve  dignity.

Some of those who decide not to
see anything of thoughts, feelings, and behaviors of Yoruba people with the way
they are dishonoring our royal fathers are vegetating fools.  It is now
left for us to re-affirm our people self-worth.

The government of today should
understand that whenever matter like this arise where a visitor decides to ride
on the host can surely force the host to retaliate in the deepest act of
self-defense on an even grander scale, and that action would define the way the
host relate to our visitors.

For the Yoruba nation, our lives
have transformed in countless ways because of our practice in setting and
honoring the people we host by allowing other ethnics to walk all over us as
people. We never stood up for ourselves and our beliefs .

It is time to slash through the
incessant deceit of leaders and their theatrical states of torment. I hereby
call on all Yoruba youths to prioritize our safety to what other ethnics needed
in our environment and stop acting chameleon, as we need to be bold beyond
belief, fearless to challenge invaders but not in violence way because the
smartest thing for the uncultured Yoruba man is to report the Hausa Man to the
police.

it is cleared that some of those
self acclaimed Yoruba leaders are passive nihilists with an embodiment of
self-pity and self-regret.

I hereby advice all Yoruba
people not to join those who have been calling for regional autonomy because
they are still the set of people that sell us out for their foster interest and
I pledge to lead the calls for internal autonomy.

If we do not set boundaries
because of fear of what may be government take or other region are going to think
and feel, we are fighting a losing battle.

It is apparent that registering
our anger online is a sign of frustration which is clear indicator that the
multi-ethnics boundaries are  under “threats” despite being accommodate to
Fulani herdsmen and Ijaw Boys to cross it freely in the spirit of Federalism . We can not continue harboring a
lot of anger and tend to step into rage easily (flipping people off in traffic,
yelling bullet and pitch folks at our people, or worse!) this is an indication
that Yoruba people have lost touch with our boundaries, Ibile Peaceful Assembly
pray that this kind of police media trial will not push Yoruba nation set
boundaries.

As the face of Ibile Peaceful
Assembly, I  am charging the active minds of the masses to the point where
the need for peaceful action is desperately felt by all to see why our campaign
of peaceful revolt as a metaphor for understanding ourselves in a way that
serves the whole Nigeria as a federation.

I so hold and pledge that there
is no stopping point, there is no looking back; only the rising possibility of
internal autonomy lies ahead not regional autonomy.