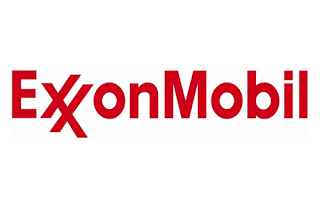 ExxonMobli, Chevron and other International Oil Companies (IOCs) in
Nigeria took the relocation of headquarter order given to them by then
Acting President, Prof. Yemi Osinbajo, with a pinch of salt, Saturday
Telegraph investigation has revealed.

By virtue of this, it means that the IOCs are likely to shun the
directive in the long run. Osinbajo had given the directive at a Town
Hall meeting in Uyo, Akwa Ibom State capital, during his visit to the
Niger Delta and South- South states of the region to dialogue with
stakeholders on how to address the problems of the region.

Specifically, Osinbajo had urged the Minister of State for Petroleum,
Dr. Ibe Kachikwu, to begin the process of engaging the IOCs on the way
forward in order to actualise the directive, saying: “I think it is the
right thing to do.”

However, all the IOCs, except Shell which has its headquarters in
Port Harcourt, Rivers State, according to checks by this newspaper,
expressed their displeasure over the directive, arguing that it was more
‘political than economic’.

An industry source, who maintained that the IOCs were not under
constitution or contractual obligation to obey the rule, said: “It will
cost both Chevron and ExxonMobil over $100 million each to replicate the
edifices they have as headquarters in Lagos and in the Niger Delta.

“What the Acting President has not factored into this his order is
that the Federal Government will bear over 50 per cent of this cost
through the Nigerian National Petroleum Corporation (NNPC),” he added.

Spokesperson for Shell in Nigeria, Precious Okolobo, told Saturday
Telegraph on the telephone that his company was not affected by the
directive as it had long remained in the Niger Delta.

Okolobo, who is the Media Relations Manager for Shell Petroleum
Development Company (SPDC) of Nigeria Limited, confirmed that his
company had its headquarters in Port Harcourt, suggesting that the order
does not affect Shell.

The spokesperson for Chevron and ExxonMobil, however, could not be
reached for comment as at the time of this report. Sources in the
company, however, told this newspaper that the oil multi-nationals were
not in a hurry to obey the order, which would cost millions of dollars.
“This period is a tough one for oil industry.

You are aware that a lot of workers were already affected by the
rightsizing and other measure put in place to mitigate this trouble
time. The relocation of headquarters is no on he table for now. “I am
afraid that only what we can have is a working office or headquarter and
this will also need planning and budgetary provision,” he added.

Commenting on this, a Lagos-based constitutional lawyer, Mr. Moses
Mekson, also said no amount of presidential directives of official
commands would compel these companies to relocate their corporate
headquarters’ unless a constitutional provision is involved.

“Even the recent directive given by the Acting President during his
recent peace tour in oil rich Niger Delta will not perturb the companies
because they are aware that there is no law under which they are
breaching in remaining outside their host communities or anywhere around
there,” he was quoted to have said in a report seen by Saturday
Telegraph.

Continuing, he said: “For too long, government has been clamouring on
that and no action is being observed because IOCs know that government
is not actually serious in their quest for the relocation.
“There is no need for a new drafting of related law to do that job
than to quicken action in the passage of the ageless petroleum Industry
Bill (PIB).” While nothing that the bill could be said to be the most
frustrated and pending bill in the history of National Assembly, Mekson
said the had passed through the highest number of years without
progress.

“Again, the government that is giving the relocation directives only
need to go back to the PIB to make sure that it is clearly stated there
and then see what they can do to pass the bill into law before the end
of the present Senate.

“Not persuading the lawmakers to pass PIB on one hand and directing
IOCs to relocate is an abuse of the collective intelligence of Niger
Delta region and Nigerians in general,” he said.

Fear of the unknown grips IOCs
In the same vein, fresh facts emerged in Asaba, Delta State that the
fear of the unknown has hoodwinked some of the multi-national oil
companies from relocating their headquarters to the Niger Delta region
as directed by the Federal Government.

The fear, Saturday Telegraph gathered, was aggravated as the
factionalised militia group, the Niger Delta Greenland Justice Mandate
(NDGJM), hailed the presidential order, describing it as a “sensible
step”.

The Saturday Telegraph gathered that since the directive was handed
down last week, oil firms, especially those operating in Delta State,
including the Chevron Nigeria Limited (CNL), the Heritage Oil, that is
operating in the upland axis of the state and three others, which have
their headquarters outside the Niger Delta region, have been enmeshed in
fears.

Their fears, it was further learnt, may not be unconnected with the
resurgent activities of the Niger Delta Avengers (NDA) and the NDGJM,
which resulted in the destruction of oil and gas facilities throughout
last year, before the ceasefire deal was struck.

A top management source at the Chevron (names withheld), made
allusion to the threat handed down by the high command of the NDGJM
recently, which warned recalcitrant oil companies against playing pranks
with the relocation directive.

The factional group had said: “By now, all the oil companies
operating in the upland areas should know that when we warn, we mean
business, so the message to the incoming operators, like Heritage Oil is
a call to caution.

“Don’t want to joke with us because we possess the capacity to do
what we are intended to do and the legacy of ruins you are about to
inherit are enough witness the last of which was the message passed by
our gallant operatives on February 11, 2017. The Iyede-Opherin Delivery
Line in Eriemu Field was brought down at about 1am of that day.

Don’t joke with us.” The Chevron source quoted “the period of
quietness” which was conspicuously maintained in the latest statement of
the spokesperson of the group, Gen. Aldo Agbalaja, as a moment to
“observe how things unfold in the region and to give the Nigerian
government the benefit of doubt”.

The source further reiterated that: “The movement (militancy) is not
dead, neither is its spirit quelled, it is just in a process of
repositioning for better impacts.” Another oil firm source also revealed
that the directive was hard to obey, as according to him, since the
“militant merchants”, which the militia group referred to in their
statement, are still in charge, it would be difficult to reach a
peaceful resolution with the militants.

Although, several phone calls and text messages to Public Relations
Officers of notable oil companies in the region met brick walls as they
refused to answer or reply the messages, but a field worker at the
Nigeria Gas Limited (NGL) in Ubeji, however, told Saturday Telegraph
that following the presidential order, jobbers have started approach
some of the oil firms for settlement in the name of the militants.

Shell has base in Niger Delta-Shell PRO
Shell has a history of over 50 years’ operation in Nigeria and the
largest footprint in the international oil and gas companies operating
in Nigeria. Speaking on the development, the Public Relations Officer
(PRO) of Shell Petroleum Development Company of Nigeria (SPDCN), in
Yenagoa, Bayelsa State, Mr. Joseph Obari, who spoke to Saturday
Telegraph on the telephone, said already it has a base in the Niger
Delta. Apparently confirming its earlier statement on the relocation
order, he retorted: “Where is the headquarters of SPDC. Find out.

Do your research before you come and ask me questions”, which showed
that the company was not planning to relocate soonest. Also a call put
across to the Chevron spokesman, Sola Adebawo, was not responded to
while a text message put across to his phone didn’t get any response.

Shell has a history of over 50 years’ operation in Nigeria and the
largest footprint in the international oil and gas companies operating
in Nigeria while Chevron has an industrial base in Warri while their
head office is at Lagos.