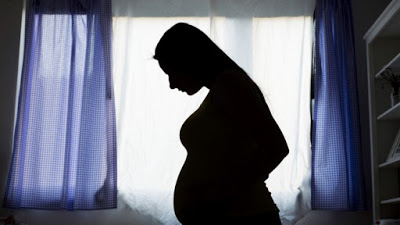 CASSIE* moved to Australia from the UK “full of dreams and hoping for a fresh start.”

But after narrowly escaping being raped on the Victorian farm where she was working for a visa, she faces deportation and having to leave her baby behind.

Cassie started her agricultural work soon after arriving in the country with her Sydney boyfriend Callum*, to give her a second year and time to find the thousands of dollars needed for a partner visa.
“The place was isolated no phone reception and the farmer was basically a pervert,” said the 30-year-old.

“They said some crude things and swore at me a lot, but honestly most people laugh it off. On the 15th day, I fled escaping an attempted rape.”

She said she was eight weeks pregnant with her baby when a farmer tried to force himself on her inside his ute. She was lucky to escape after elbowing him in the jaw.

“I fought and I fought hard and then I ran and ran and ran until I couldn’t … I left with my mobile in my pocket and that was about it. I ran and walked ‘til I eventually found reception, when I did I called my partner sobbing, no idea where I was. Needless to say, he left work and came straight for me. It was a long wait.”

Cassie left with no pay and without any time counted towards her visa. “I never really talked about it because I kind of felt to blame myself,” she said. “I was out of my depth and sadly the farmers know exactly how to exploit it.”

The couple’s newborn is now ten weeks old, but Cassie’s visa runs out in two months and she doesn’t know where that will leave her family. Complications during her pregnancy cost her $1000 a month, eating into her savings towards a visa.

Worst of all, if she is deported, the baby will have to stay in Australia, since airlines won’t let her bring the newborn without a passport. “I just want a normal life and to enjoy my baby,” she said.

Cassie, who now lives with her family in Frankston, Victoria, never reported the attempted rape or even told Callum, because she felt she was naive. But she couldn’t face going back to a farm to complete the 88 days regional work that would have earned her a visa.

“I worked for nothing and was basically a slave from morning, tidying and cooking to then doing my farm work to then cooking dinner, it never stopped,” she said. “I was lucky if I got six hours sleep. It wasn’t a fun time.”

Cassie and Callum now rely on his job in sales and are desperately trying to raise the money for a $7000 partner visa in the 50 days they have left. Their impending wedding will not stop the deportation.

They are now being helped by Rosie Ayliffe, mother of British backpacker Mia Ayliffe-Chung, who was murdered at a Queensland hostel. Mrs Ayliffe has become an activist who campaigns to assist vulnerable young travellers in Australia.

New mum Cassie and her family for now remain in limbo.

* Names have been changed to protect identities.