Have you seen Davido’s garage lately? Well, this is what it looks like!

Davido has had an amazing career and knows how to spoil himself with the good things of life. And so, its no longer news to hear about vacations to exotic locations, expensive fashion accesories, fan give aways and then, his cars. Despite having an enviable fleet in his garage, the Nigerian music pop star purchased a Bentley Bentayga and a Porsche Carrera for his popular girlfriend, Chioma.

His swelling garage includes a Bentley Bentayga, Chevrolet Camaro GS, Toyota Prado, Range Rover Sport, Porsche Carrera, Audi TT, Hyundai Sonata (won at the Headies for Next Rated category), among others. Davido is a star and knows how to roll like one. He was also rumoured to have recently acquired a private jet because he travels a lot, but Davido is yet to adequately confirm the claim. While his present collection will make some of his colleagues and indeed, many green with envy, entertainment watchers opine that it is only a matter of time before the pop sensation adds another wonder on wheels to his fleet. 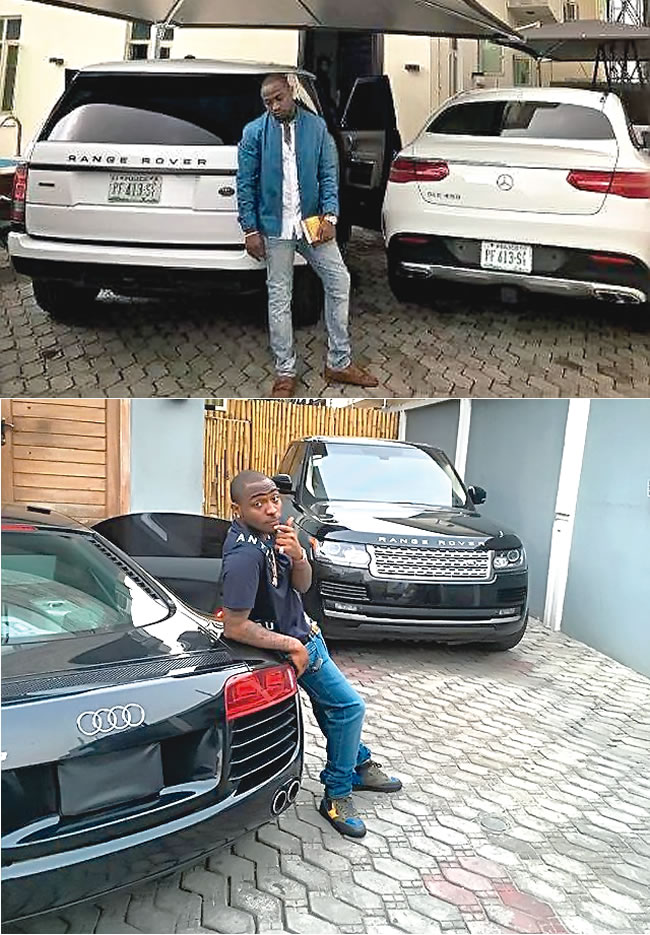 Car rolls into gully with 2yr old boy inside in Magodo (Photos, Video)